A uranium mine in the African country of the Gabon Republic has turned up some incredibly unusual features which many prominent scientists believe clearly indicate the work of intelligent hands.

This conclusion has prompted an immense amount of furious debate in the scientific community as if this theory proves to be correct; it will suggest that an ancient civilization had access to nuclear technology at least half a million years ago.

The bizarre discovery was made forty-five years ago when a mining company based in France began importing uranium ore from a mine in Oklo, in the Gabon Republic. However, after analysis of the ore, the French scientists discovered that a vast proportion of the uranium content of the ore had somehow been extracted to a fairly significant degree.

The mystery of the missing uranium baffled the scientific community, and numerous scientists made the trip to Gabon to examine the mine first hand. To their amazement, they found evidence that the ancient mine, which is determined to be at least 1.8 billion years old, was actually a highly advanced nuclear reactor.

Naturally, many scientists could not believe this conclusion which would challenge everything that scientists and historians believe about ancient civilizations. They described the apparent extraction of uranium from the ore as ‘wondrous’ but ‘naturally occurring’. However, others have dismissed the notion that this could be naturally occurring. According to the French physicist, Francis Perrin, the uranium samples from the Oklo site contain exactly the same level of isotopes that one would discover in nuclear waste from modern day power plants.

This, for Perrin and other scientists, is far too much of a coincidence to simply ignore. In addition to that, the Nobel Prize-winning Dr. Glen Seaborg who is considered one of the world’s leading authorities on nuclear power has also expressed his belief that the uranium could not have been extracted naturally. He pointed out that the water used in a nuclear reactor is required to be exceptionally pure and that this purity must be achieved artificially. If the water is not pure enough, then the reaction would instantly be brought to a halt. According to Dr. Seaborg, this means that the nuclear reaction is simply too complex to occur by chance in nature. 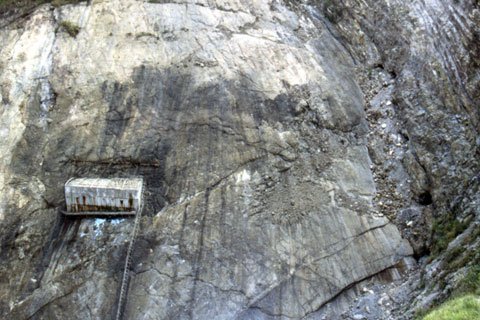 Despite the evidence put forward by these respected scientists, it is certain that many people in the scientific community will not accept their conclusions. After all, if these theories are revealed to be correct, it would suggest that there was an extraordinarily advanced civilization living on planet Earth thousands of years ago that the world still knows absolutely nothing about.