Patrons and vendors gather on day two of the annual Roswell UFO Festival to celebrate the extraterrestrial. Wochit 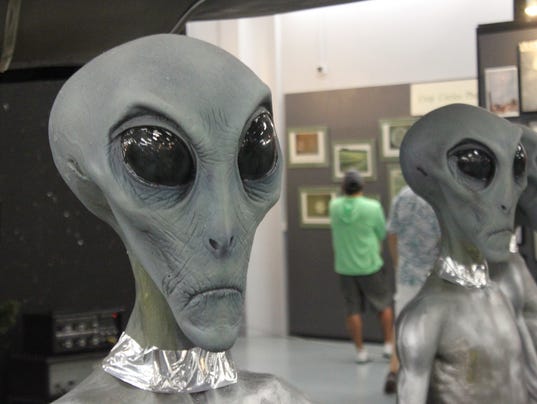 Something strange happened to Betty and Barney Hill during a 1961 vacation to Niagara Falls.

The couple was on their way back to their New Hampshire home when they said they experienced multiple UFO incidents along the highway.

At several points in the about 400-mile drive, the couple said they saw strange flying vessels in the sky.

More: I want to believe: UFO fest lands in Roswell

Betty was the first to notice — describing a large, cigar-like ship.

Her husband didn’t believe her until the road trip brought them to a field near Cannon Mountain, New Hampshire.

There, the couple described a disc-like aircraft hovering above their car.

When Barney got out to investigate, he stumbled upon a group of “non-human-like figures” dressed in shiny black uniforms.

Terrified, Barney and Betty got back in their car and continued the drive.

Their experience would get even more baffling as later, another ship appeared overhead, and suddenly the couple was 35 miles further down the road with no recollection of what happened.

UFO experts and theorists have believed for decades that this was the first recorded alien abduction in American history.

When the Hills finally got home, they spoke of their potential encounter with family and their 13-year-old niece made a career of investigating such phenomena.

That intrigued teenager was Kathleen Marden, today a frequent author and researcher of UFO encounters.

Marden spoke Friday at the Roswell UFO Festival about her aunt and uncle’s story and what she called the  government “cover-up” that followed.

“It didn’t matter to me if this was a real event or if it came out accidentally,” Marden said. “I wanted the truth. I found evidence of a cover-up.” 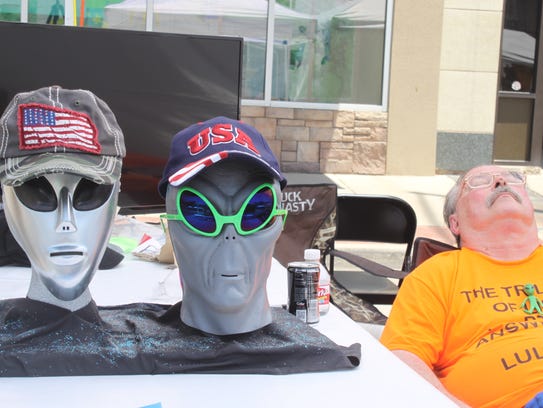 Physical evidence of the experience was left behind, Marden said. She said shiny gold spots were left on the couple’s car, along with a strange pink powder on Betty’s dress, which was mysteriously torn as if from a struggle.

In the days after the event, the Hill’s dog was acting strange — kicking in his sleep and suffering a fungal infection, Marden said.

A compass placed on their car would spin constantly as if a magnetic field was altered.

Their sessions, Marden said, revealed the two were supposedly taken aboard an alien ship during their road trip, and experimented on by strange intelligent beings who communicated telepathically.

“They thought something had happened to them,” Marden said. “They felt clammy. It felt different than they thought it should have felt. Something obviously happened, but they had no memory. It frustrated them immensely.”

In the years after their story was made public, Marden said the United States Air Force and other government agencies worked to discredit the Hills and dismiss their story for lack of evidence. 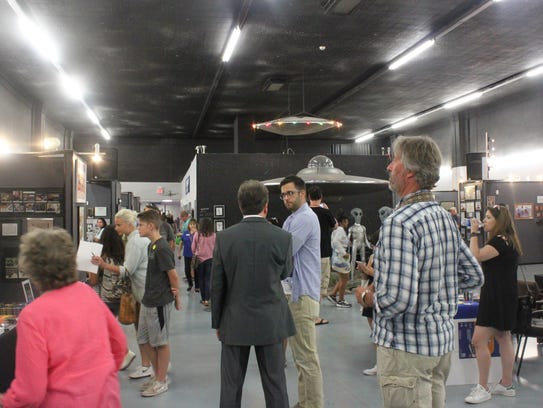 The case was taken on by “Project Blue Book,” a government initiative to study UFO sightings starting in 1952.

Marden argued there was little advertising taking place at that time in the mountains of rural, northern New Hampshire.

“It makes no sense whatsoever, but that’s what the Air Force wanted people to think,” she said.

Betty and Barney attempted to keep their story private at first, fearing backlash from their friends and acquaintances.

It wasn’t until a family friend leaked the story to a reporter for a Boston newspaper that there was a renewed interest by investigators and the media alike.

‘They must be listened to’

Yvonne Smith, a hypnotherapist and UFO researcher, said those who experience extraterrestrial events are often discredited and dismissed by public opinion.

But “experiencers” could hold the key to advancing humanity, she said.

Many abductees that she has worked with during 25 years of UFO studies, Smith said, feel a sense of urgency and fear for the future.

Smith said this has increased since 2010, but spiked dramatically during the 2016 Presidential election.

“New patients were coming into my office saying they needed to do something, time is running out,” Smith said. “They felt they needed to know more about their experience to find out what it meant.”

A lot of the anxiety expressed by people who believe they’ve met with extraterrestrials centered around the environment, she said.

Abductees believe aliens abducted them to warn them of what could happen to Earth if human behavior doesn’t change. 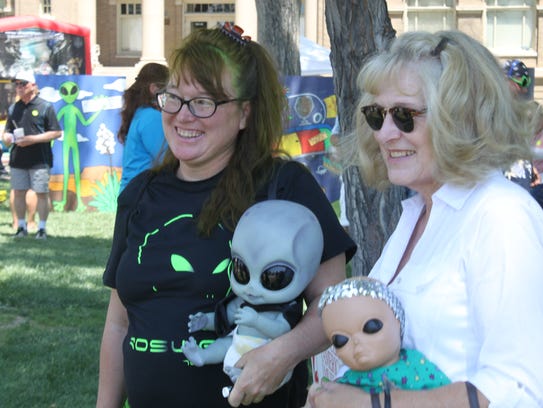 This message could be brought back to the rest of society and elicit real change, Smith theorized.

“Regardless of who is right, we are wrong to ignore the messages of experiencers,” she said. “They are the ones who communicate with the aliens.”

But the government has a different agenda, Smith said.

“Since the days of flying saucers, the government has tried to marginalize the voices of experiencers,” she said. “We have to pay attention to what these people are saying. They can no longer be silenced.

“Disclosure will not come from our government. It will come from the masses of people that will start coming forward.”

Crazy or the truth?

Among the festival-goers at the Roswell UFO Festival, some believed in the UFO movement and others found it “crazy.” 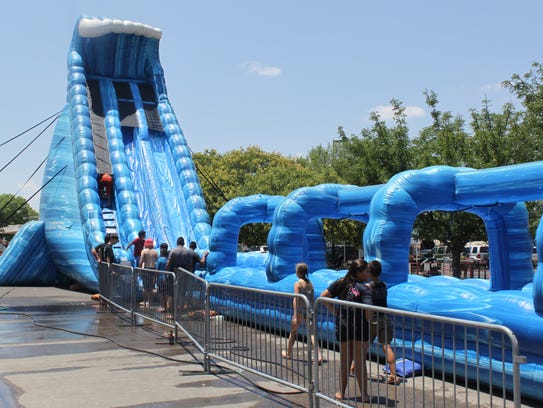 Others wore cynical grins, amused by what they saw as a fictitious fad taking hold of the city.

Sue Seidler, 67, and her daughter Kim Seidler, 45, traveled from a small town in Ohio for the festival, hoping for answers to their own experiences.

Sue said she saw a large triangular structure hover above her during a late-night walk.

Kim saw what she described as a rectangular, train-like craft. She said there was a bright flash and it was suddenly two hours later.

“I think it’s good to know there are a lot of different views,” Sue Seidler said. “I’ve had a lot of friends say they’ve seen things. I think some are afraid to tell people because they’ll think they’re crazy.”

This year’s UFO Fest celebrates and marks the 70th anniversary the mysteries phenomenon now known as the “Roswell Incident.” Wochit

To Dustin Stone, 39, of Lubbock the stories are just that.

While Stone agrees that intelligent life could exist on other planets, he would be hard-pressed to believe a tale of an actual close encounter.

“My first instinct would be that they’re crazy,” he said. “But who knows, it could be possible.”

Adrian Hedden can be reached at 575-628-5516, achedden@currentargus.com or @AdrianHedden on Twitter.