Chris Augustin became obsessed with extra terrestrials and mysterious spaceships after seeing a triangular UFO in 1999.

The American – who was studying to enrol in the USAF academy – then took it upon himself to go on a quest to find out the real truth about aliens.

And his idea was just as out there.

He decided to break into heavily-guarded US Air Force facility Area 51 in Nevada. 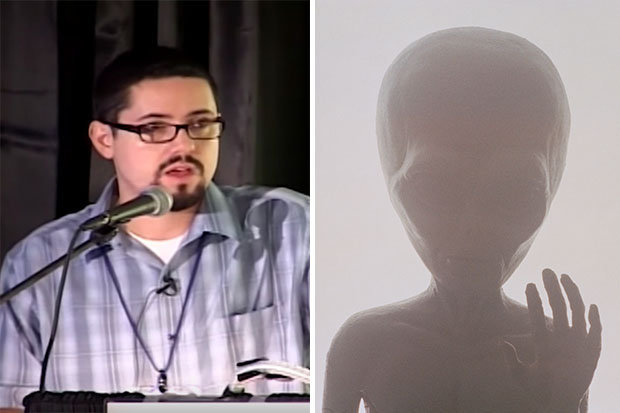 FREAKY: Chris said he had a ‘missing time’ experience that must be due to aliens

The base has been used by American aviation authorities since 1955 but conspiracy theorists believe the goverment holds a variety of alien secrets within.

In jaw-dropping video – available above – Chris details his break-in attempt while showing astounding footage that he took at the time.

He says: “I’ve been into the base itself. I’ve crossed the border and lived to tell about it.

“There is no fence. There are just little orange spikes.”

He then claims he was circled by a helicopter before making it into the base unquestioned.

But Chris does not provide an explanation of how he escaped the military base.

He believes he started to suffer strange occurrences following his visit, claiming the only explanation is that he was abducted by aliens.

He tells a shocked audience: “I had a missing time experience. I was driving home when I noticed a large 70s pick up truck behind me. 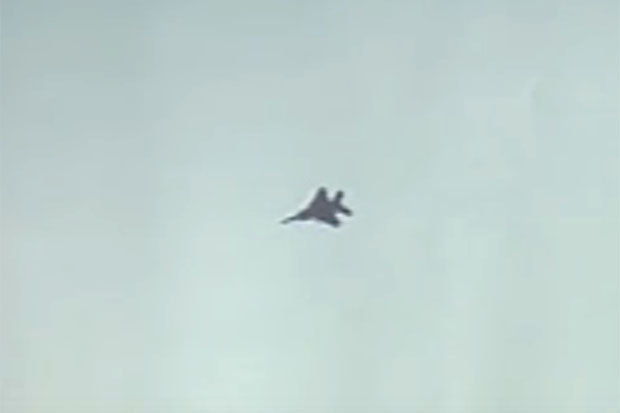 SPOOKY: Chris saw a mysterious UFO in the shape of a diamond near Area 51

“I put on my favourite song and the next instant the truck that was behind me was suddenly in front of me and the song had finished.

“Three minutes and forty seconds took place inside my car that I don’t know about.”

Over the next year Chris claims he suffered several other weird happenings including predicting who would telephone him and what would play on the radio.

He even said he woke to find blood and triangular bruises on his body.

Chris is so passionate about revealing the secrets of aliens that he now tours the US to spread the word at UFO conferences.

These revelations come just one day after footage was revealed showing a mysterious vessel chasing a military jet.