The14-minute video of around seven lights in the sky above the city of Tijuana was posted to Instagram at least two times.

However, on each occasion, the clip has apparently been deleted before then being put back up.

Tyler Glockner, who runs UFO monitoring YouTube channel SecureTeam10, said it’s not clear why the video was deleted on both occasions. 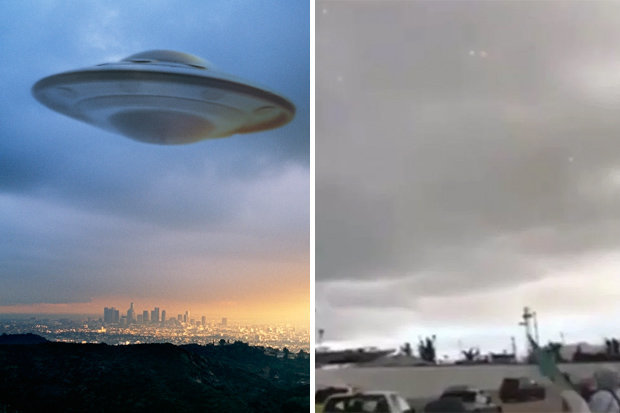 SPOTTED: People were transfixed by the bizarre ‘UFO’ sighting

He said: “These are objects which someone possibly did not want seen on Instagram which is a big red flag. This gives a signal that we may well have something here.

“At first they are random but towards the end four of them align in a rectangular formation so they can’t be balloons.

“Whatever they are even the border control agents are focusing on them.”

The Tijuana “spaceships” stunned people when they first appeared, with border cops abandoning their posts and cars stopping to watch them illuminate the sky.

The removal of the videos sparked accusations of an alien cover-up.

One person ridiculously suggested the US Government was behind the video removal, saying it is involved in “lies and covers stuff up”.