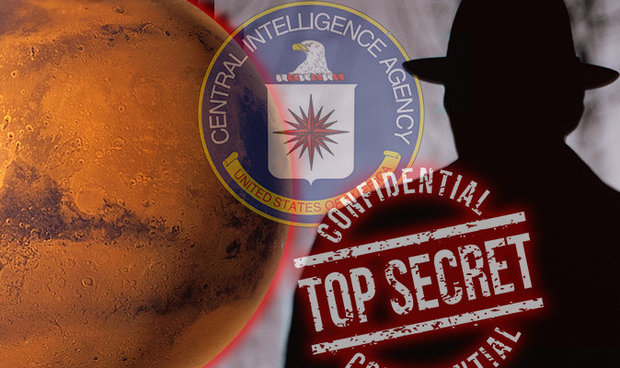 ALIENS: UFO hunters at the CIA contacted a ‘race of shadow people’

Secret documents released by the agency reveal an alien hunter made contact with a race of “very tall and thin shadow people” on the Red Planet.

Transcripts of one of the sessions released in a CIA declassified data dump reveal a session between a government agent and an unnamed clairvoyant.

Mars is probed by the subject who claims he can see “very large people” wearing “strange clothes” living a “rabbit warren” network of “pyramids”.

“It is like a perception of a shadow of people, very tall, thin”

Psychics were employed by the US Government during the Cold War in operations such as the Stargate Project, founded in 1978.

In this experiment agents wrote down details of what they wanted in a sealed envelope which was given to the subject, but not opened until after the interview.

Inside the sealed envelope was the information – Mars, one million years BC and a geographic coordinates.

The psychic was then asked to use his “powers” on the information in the envelope and tell an agent what he could see. 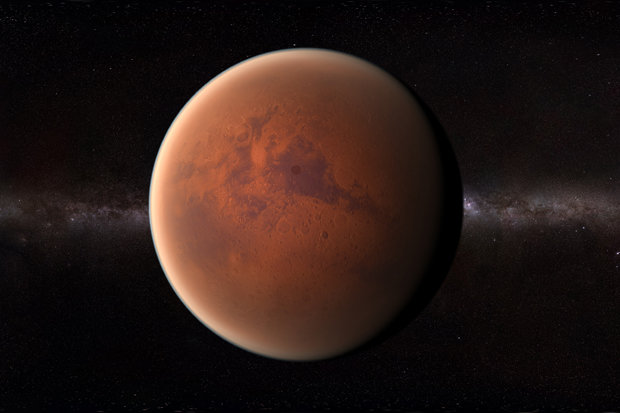 MARS: Alien life existed on the Red Planet according to CIA psychics 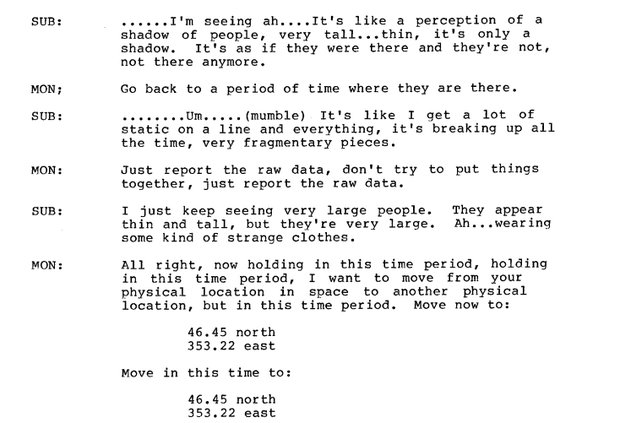 “I am seeing, it is like a perception of a shadow of people, very tall, thin, it is only a shadow,” the psychic said in the transcript.

“It is as if they were there, and they are not there any more.”

The clairvoyant adds: “I just keep seeing very large people. They appear thin and tall, but they are very large.

“Wearing some kind of strange clothes.”

The agent continues to push the mindreader and orders him to “report the raw data, do not try and put things together.”

Mars’s landscape is described as littered with pyramids, roads and obelisks by the psychic.

The interview comes to a close as he claims to make contact with one of the Martians.

The psychic said: “They’re ancient people. They’re dying, it is past their time or age.

“They’re very philosophic about it. They’re looking for a way to survive and they just can’t.”

He describes a craft with the “inside of a larger boat” with “very rounded walls and shiny metal” and claims he travels with the “large people” on a journey to another world “covered in vegetation”.

The Stargate Project was shutdown in 1995 and claims made by the government-endorsed psychics have never been verified.

Scientists continue to probe the existence on life on Mars – attempting to unlock the mystery as to whether alien creatures could have existed on the Red Planet.

Space programmes across the world are aiming towards a manned mission to Mars.

Warnings have been made the US, Russia and China are preparing for war in space in bid for dominance in the Solar System.