Jaw-dropping footage – available above – shows a large, glowing object floating through the sky towards a volcano.

The object beams brightly and casually cruises at a low altitude before disappearing behind the rocks. 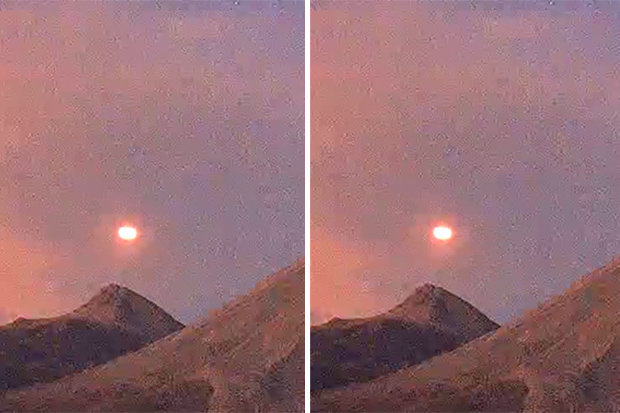 JAW-DROPPING: The shining UFO soars through the skies above Colima volcano

The video was filmed by a webcam to monitor activities surrounding the Colima volcano in western Mexico.

The flying object – captured on Sunday (January 29) – has not yet been officially identified and viewers of the clip are divided about what it could be.

One LiveLeak user wrote: “Aliens. Definitely aliens. This is the only thing to explain Donald Trump and Theresa May.”

Another commented: “It’s swamp gas! It’s near a volcano!” 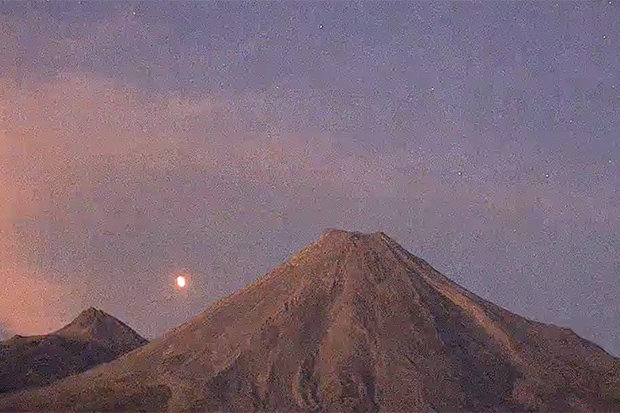 AMAZING: The jaw-dropping footage clearly shows a shining object soaring through the skies

And a third chimed in with: “Probably fireworks or home-made lanterns. They set those off if that area. They’re called Cantoya’s balloons!”

Just a few days ago the 12,533ft volcano – known as the “Volcano of Fire” – erupted blasting ash into the sky.

But several other UFOs have been spotted across the world.

An object was caught being struck by lightning over France and many believe there to be an alien cover-up after video of a “UFO cluster” mysteriously disappeared from the internet.