The planets orbiting red dwarves, such as TRAPPIS-1, may contain life different to both that on Earth and the alien creatures imagined by sci-fi. This is the shocking verdict of Dr. Brian Choo from the School of Biological Sciences at Flinders University, Australia.

Choo, whose ideas have been depicted on paper by Mr. Stephen Grice, provides vivid images of what we may really encounter on the extra-terrestrial habitats of red dwarf exoplanets, including conscious, flying cacti and amphibian-like creatures with translucent skins. 75 percent of stars in the Milky Way are red dwarves. These emit relatively little heat and, scientists say, an exoplanet in the just right temperature, “Goldilocks” zone, of such a star may be one of the most promising places out there to find life. Choo’s method was to examine the multitudinous ways in which Earth-based organisms are adapted to the niches they occupy. He applied to this his extensive knowledge of red dwarf worlds, in order to envisage what their inhabitant alien life forms may look like. 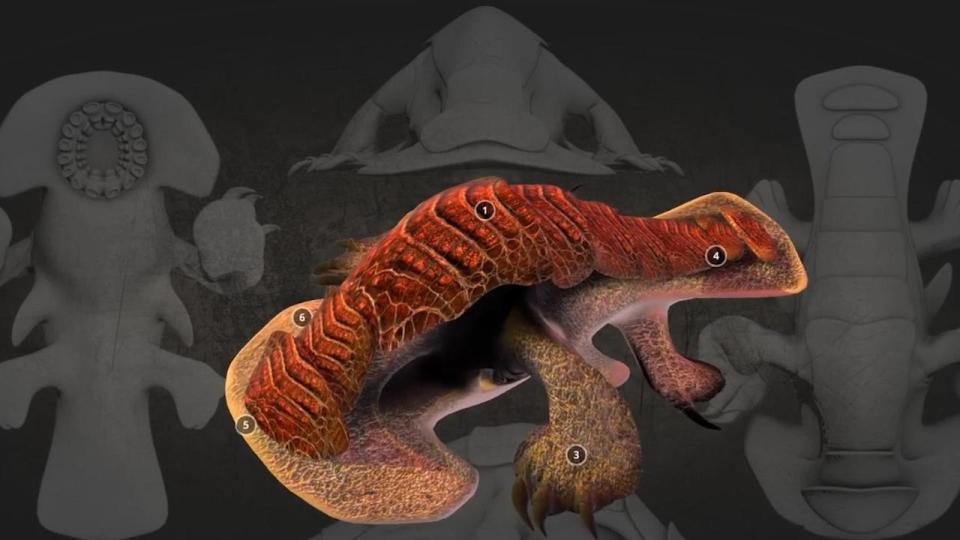 Choo hypothesizes plants in some respects like cacti, specially adapted to storing water in arid environments. Dissimilar to Earth cacti, these would fly on the wind via natural propeller adaptations. The bodies of the plants would exist largely buried underground, as protection against radiation, wind and the searing heat. Above ground, would protrude the flower head, gathering moisture and converting sunlight to usable energy through a symbiotic partnership with resident microbes. The seeds would fly and disperse, borne on the wind. According to the scientists, it is possible that the seeds themselves may possess a rudimentary self-awareness that would help them to facilitate their aerial journey across the planet surface. With the existence of plant life, one could expect animals to follow, feeding on the energy stored up by the plant-microbe symbiosis. The scientists think such animals may be armored with a protective shell to defend against heat and impact from wind-borne projectiles, in the likely harsh desert conditions of their habit. The creatures would have strong forelegs for digging, mouths underneath their head and generally amphibian-like characteristics. Perhaps the most startling feature of the alien organisms could be their translucent skins, especially suited to capturing as much light as possible from the small spectrum of beams emitted by their red dwarf, parent star. Critics will doubtless point to the hypothetical nature of the work, the difficulties of abstracting from life on Earth to Live on “X”, and the untestability of the predictions made with our current levels of technology. Whatever the reality of the science, when we do encounter alien life we should be prepared that it may be very different to what we expect.