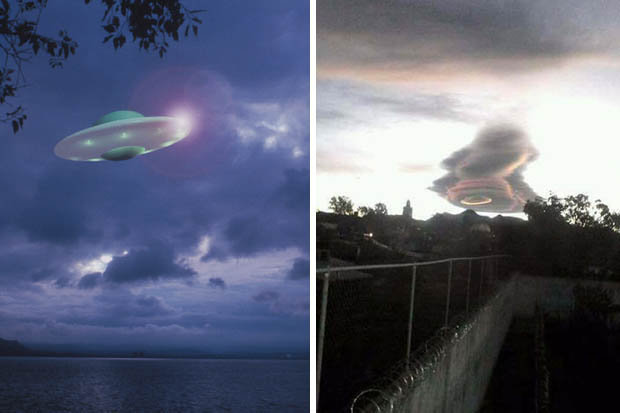 SPACESHIP: Locals were reportedly stunned by the the unidentified flying object

The giant object was snapped over the state of Michoacán and could reportedly be seen for miles around.

According to local reports, residents across three municipalities observed the bizarre swirling object for more than an hour on Saturday.

Numerous so-called “truth-seekers” have since shared the pictures, claiming the disc-like shape of the airborne mass “proves” it is aliens. 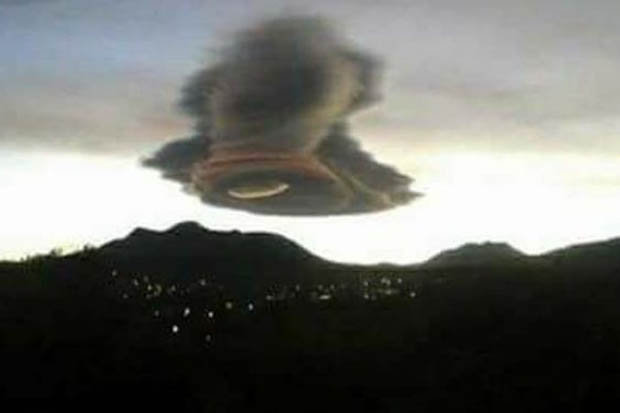 BIZARRE: The strange phenomenon was seen in Mexico on Saturday

But there could also be a scientific explanation for it.

The natural phenomenon called Altocumulus Lenticularis explains saucer-shaped clouds that are totally still and formed at high altitudes away from other clouds.

AccuWeather explains they “are formed when air moves over mountains, cooling sufficiently for condensation to take place.”

It adds: “Lenticular clouds are different from other clouds because they don’t move.”

Alien-hunters regularly have their hopes dashed when they think they’ve captured the extraterrestrial invasion on film.

Just weeks ago, a lenticular cloud was photographed over the US state of Arizona, with locals initially thinking it was a spaceship.