In several shots, mysterious circular objects are captured on the camera and these are the main area of focus for Tyler Glockner.

“This object on the surface almost looks like part of some sort of nuclear reactor – with these long smoke stacks,” he says in the video, uploaded earlier today. 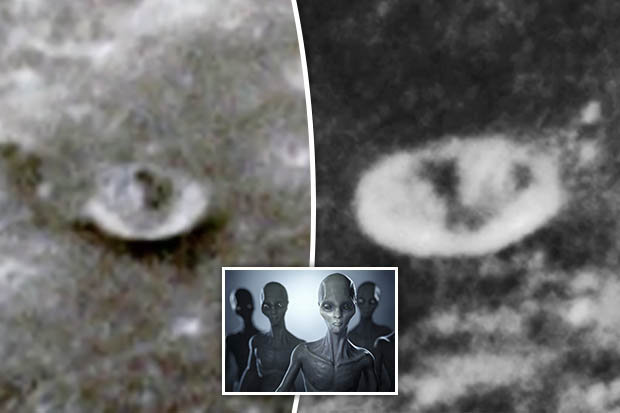 SHOCKING: These circular objects are claimed to be alien bases on the moon

“It’s been called a satellite dish of some sort.

“It’s an amazing piece of photographic evidence showing these massive installations on the moon.”

He then references a UFO that was spotted circulating the moon in a separate video.

“When I discovered this UFO and this moon photograph and then was reminded about the other photograph – it looks identical,” Tyler added.

“I think we may have the same object and that maybe this structure may not have been a stationary structure.”

Despite the startling footage, NASA has regularly debunked such sightings as nothing more than people seeing what they subconsciously want to see – rather than what is really there.

And many YouTube users who watched the clip seemed to agree. 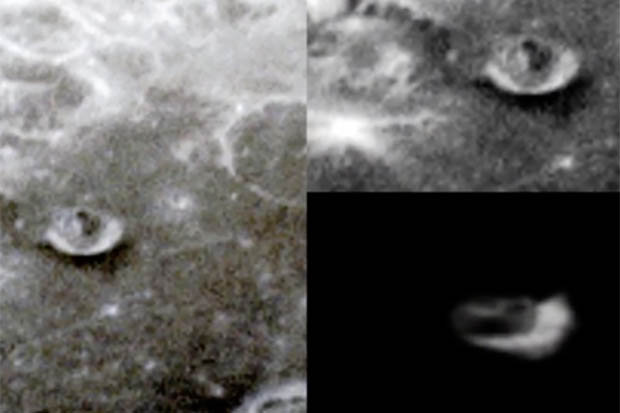 WEIRD: They appeared to match up to a UFO spotted recently

“Am I the only one that can’t recognise how it looks like a UFO,” one commented.

But one follower claimed: “This is just further proof that structures, crafts and even extra-terrestrials are on and around our moon.”

And a scientist has claimed circles are real and they are hidden messages from aliens.