Researchers have teamed up together from the University of Bordeaux, National Center for Scientific Research and Evry, to create an artificial synapse with the name of a memristor, directly onto a chip. This leads the way for intelligent systems that will use less energy and take less time to learn autonomously.

The Memristor Works Similar To Synapses In Human Brain

In humans, the brain works with synapses that work as the connection between the neurons. These connections have been reinforced, and so learning is improved when the synapses are stimulated more. The researchers said that the memristor also works in much the same way. It consists of a thin ferroelectric layer set between two electrodes. The researchers use voltage pulses, and the resistance of the pulses can be adjusted, in much the same way as the biological neurons. The synaptic connection remains strong when the resistance is low and weak when resistance is high. The capacity of the memristor for learning depends on the adjustable resistance.

Over the past few years, artificial intelligence has improved drastically. Learning algorithms have been put in neural networks, and they are capable of doing tasks which the synthetic systems hadn’t been able to complete. Artificial intelligent systems are today able to play a game with a human and beat them, compose music, work out taxes and be able to tell the difference between what is lawful and isn’t.

This is all due to the capacity of artificial intelligence being able to lean, and the only limitation that stands in the path is the effort along with time needed to consume data that acts as the springboard. The learning process may be improved upon greatly thanks to the memristor and work is continuing on it, more so when it comes to looking into ways for its function to be optimized. 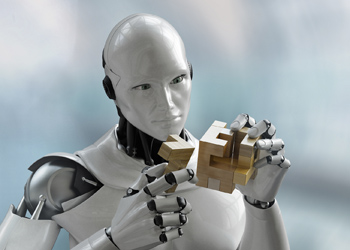 The researchers have been able to build a physical model that can help to predict how it functions. In the near future, it may be possible that we will see artificial intelligence systems that are able to learn just as well as the human brain can or perhaps even better.