Archaeologists from Egypt’s Ministry of Antiquities have announced the discovery of the remains of a 3700-year-old pyramid, believed to have been built during the 13th pharaonic dynasty.

The site was located near King Sneferu’s Bent Pyramid in the Dahshur royal necropolis, around 40km south of Cairo.

It is believed to be the first attempt of the Egyptian people to construct a pyramid with smooth sides. Older pyramids having used a stepped construction method. The smooth sides pyramids were much more difficult to construct but lasted longer without erosion and became the norm after their invention.

The discovery is the latest in a series of important finds for Egyptian archaeology of late, with two lost chambers within the tomb of King Tutankhamun having been discovered recently as well as numerous new sites altogether and an ancient lost city dating from 7000 years ago.

Although excavations are at an early stage, pictures have already been released of a hallway and stone tablets covered in hieroglyphs. The writing on the tablets has yet to be translated, but it is believed that it will confirm that the tomb is the burial place of a high ranking official or courtier.

The period that the pyramid is believed to be from is known collectively as the middle kingdom, and specifically the 13th dynasty. This time period saw a lot of upheaval in the country as the existing royal family gradually began to lose power, culminating with the Hyskos invading lower Egypt and eventually overrunning the entire kingdom. Before the conquering of Memphis, the second city, southern borders were invaded by Nubians while Bedouin tribes also encroached at various times before being defeated by stronger tribes or Egyptian forces themselves.

Which ruler specifically built the new discovery has yet to be established although if enough hieroglyphs can be found in good enough condition, this may soon become known. The state of the finds so far has been called excellent by experts, and as such, there is a lot of expectation for the site to be an important source of new information on the period.

Currently released images of the new pyramid can be seen here: 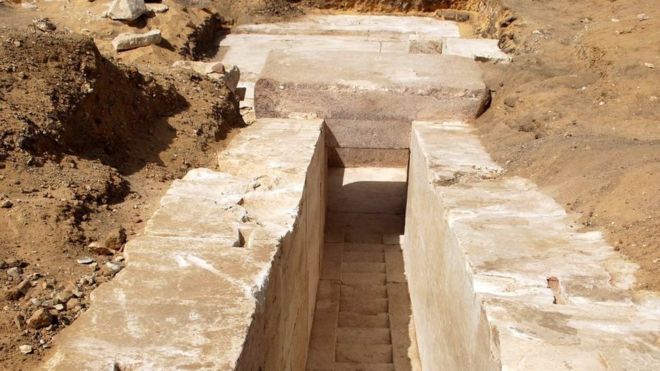 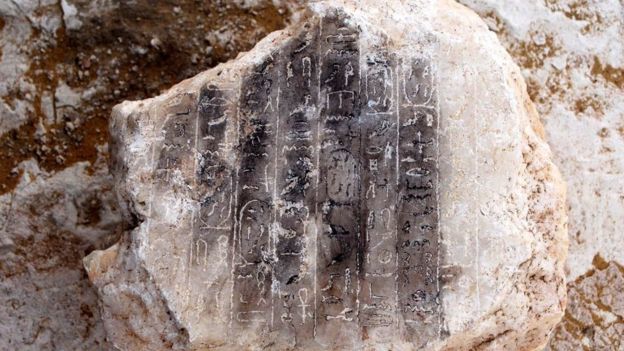