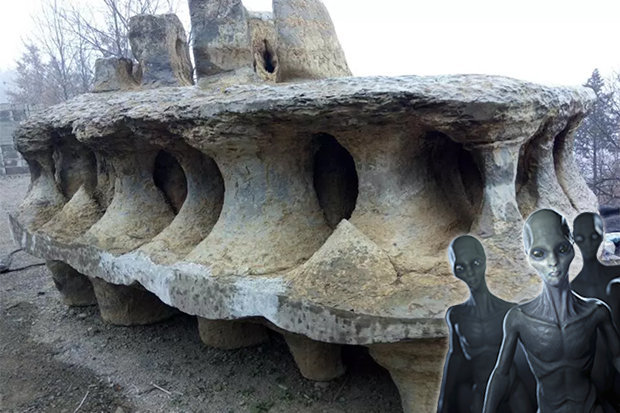 BAFFLED: Experts cannot explain the strange shape of the rock

The unique three-tiered structure, which is 5ft 2in high, has led local residents to questioned whether the stunning rock could come from outer space.

Held up by strange cylindrical pillars with two disk-shaped layers, the strange stone looks like something out of a sci-fi film.

But what has caused so much excitement is experts are struggling to explain whether the structure is natural, man-made or designed by human-like creatures. 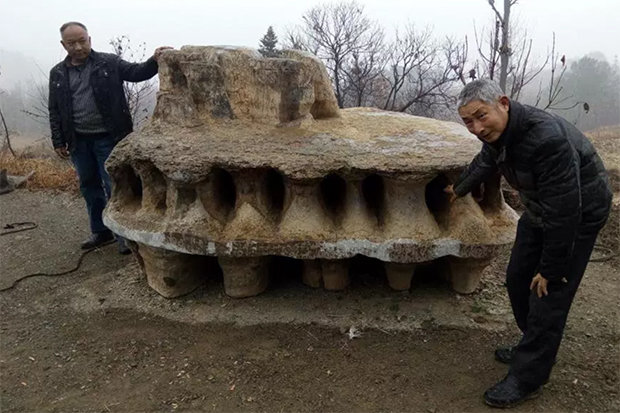 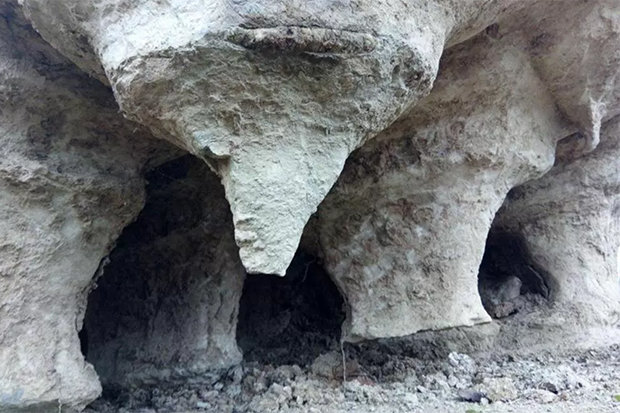 BASE: A local historian believes it could have been used in ancient rituals

It was discovered by Xia Changjun who said he noticed the stunning shape on a mountainside near Baokang, in central Hubei Province, in China.

This news comes after Chinese villagers were left dumbstruck when a “UFO” appeared to fall from sky and then left behind a burning crater in ground.

Wang Qingxiang, a local historian, commenting on the recent discovery said he was most baffled by its tiered shape and columns. 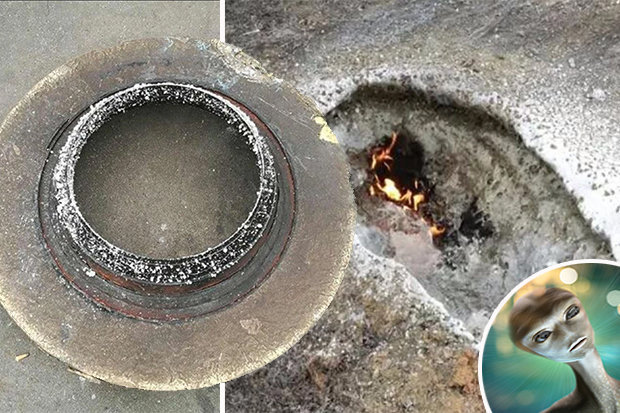 MYSTERY: At another site a UFO appeared to from the sky and left a burning crater

He suggested the rock, which he identified as basalt stone, could have been used in ancient rituals or as some sort of signalling device during battles.

A number have UFO sightings have been made in China this year – including a strange floating object that brought traffic to a standstill as driver leapt out of their cars to look up in awe. 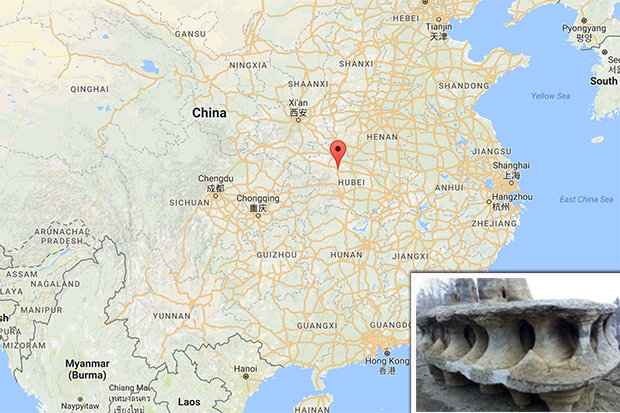 DISCOVERED: The UFO rock was discovered near Baokang, in central Hubei Province, in China 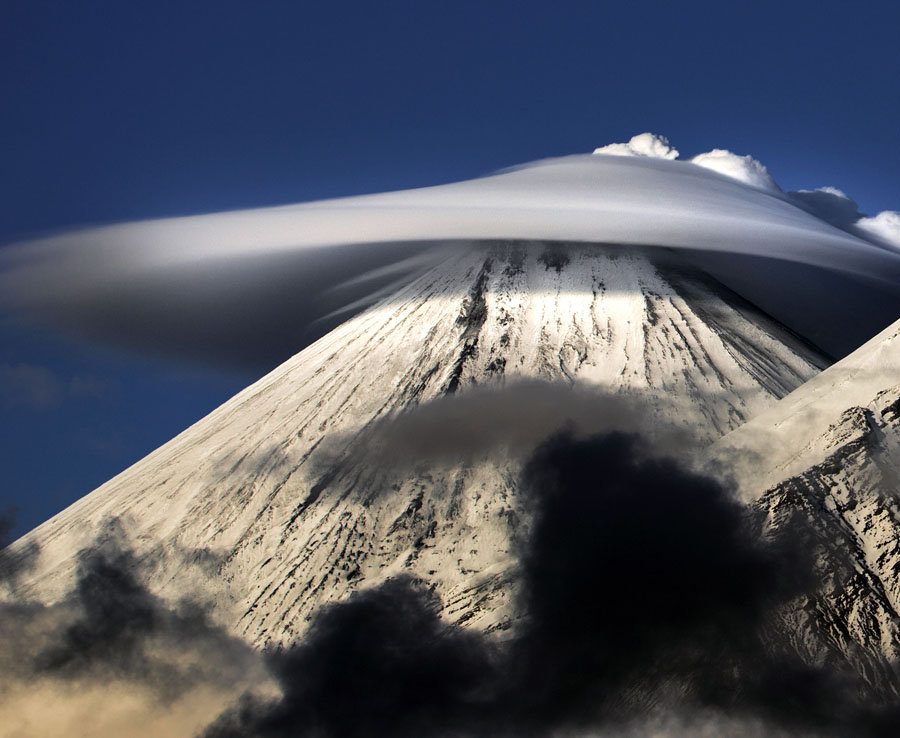 Caters News Agency
The serene Lenticular clouds, formed to align with the wind direction over the Kamchatka volcano in Eastern Russia

Last year thousands of people were left in shock after an alien city was allegedly caught flying over the country.

Xi said he had approached by interested buyers offering up to £12,000 for it.