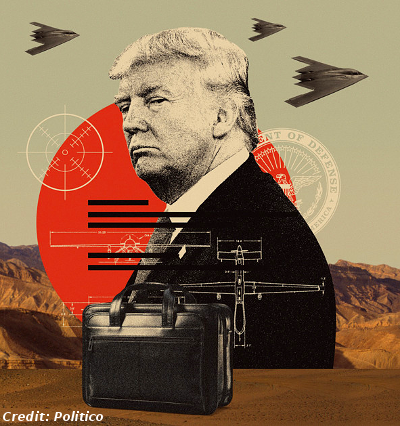 …There are also a number of classified aircraft with unique capabilities (including a growing number of drones) whose existence has never been acknowledged; one such helicopter, a stealth version of the Black Hawk, was only made public when it crashed during the raid on Osama bin Laden’s compound in Abbottabad, Pakistan. Such aircraft are often tested at Nevada’s Area 51—where conspiracy theorists claim the government holds its fleet of captured UFOs—and experts estimate that there are upward of a dozen aircraft that the United States has never publicly acknowledged, the modern successors of earlier secret programs like the U-2, the SR-71 spy plane and the B-2 stealth bomber. (And, if the government does have a secret set of UFOs captured from Roswell and other close encounters, Trump might be soon learning that, too) …