The Baltic Sea anomaly is a bizarre sonar image taken by the Swedish based “Ocean X” team whilst treasure hunting, 90 metres (300 feet) on the seabed in the northern Baltic Sea, and has baffled scientists and beguiled mystery aficionados since it was taken in June 2011.

The image shows a 60 metre (200 feet) diameter circular object with features which appear to look like walkways, ramps, stairways, and other structures not naturally produced by nature.

It’s on a raised surface of about six metres in height, as if it came to rest after carving into the Earth, a substantial area of what appears to be a scraped-out seabed is immediate to one side, which gives it the uncanny appearance of a spacecraft, giving legs to the theory that it could be part of a crashed fleet of UFOs. Reinforcing this view is it’s resemblance to the ‘Millennium Falcon’ from Star Wars, and this has encouraged ever more outlandish rumours that the object could also be a ‘Seagate’ portal into another world or the remains of an ancient city.

Governed by special hydrographical and climatic conditions, the Baltic Sea is one of the planet’s largest bodies of brackish water. It is composed of salt water from the North East Atlantic and fresh water from rivers and streams draining from an area four times larger than the Sea itself. This highly sensitive and interdependent marine ecosystem gives rise to unique flora and fauna.

To add to the air of mystery, when the group revisited the site the following year intending to get a clearer image, they were thwarted when a “mysterious electrical interference” prevented them. Stefan Hogerborn, part of the Ocean X team, said their electrical equipment stopped working when they got to within 200 metres of the anomaly on the Baltic seabed. In an interview with NDTV, he said:

“Anything electric out there – and the satellite phone as well – stopped working when we were above the object. And then we got away about 200 meters, and it turned on again, and when we got back over the object, it didn’t work.” 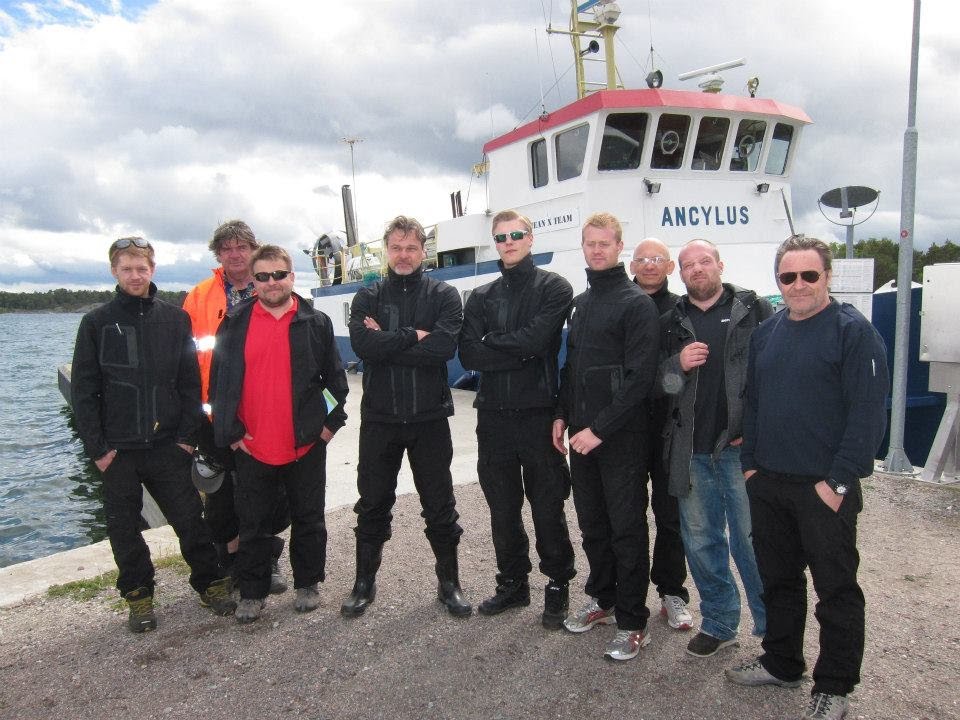 They were, however, eventually able to collect some stone samples from the site which were passed on to Volker Brüchert, an associate professor at Stockholm University. Brüchert’s analysis of the samples indicated that most are granites, gneisses and sandstones but amongst the samples was also a single loose piece of basaltic (volcanic) rock, which is out of place on the seafloor, but not unusual.

“Because the whole northern Baltic region is so heavily influenced by glacial thawing processes, both the feature and the rock samples are likely to have formed in connection with glacial and post-glacial processes. Possibly these rocks were transported there by glaciers,” explained Brüchert.

To further add to the mystery, two of the materials found within the sample, limonite and goethite cause much conflicting debate in geological academia with Israeli geologist Steve Weiner claiming these are “metals which nature could not produce itself”, opposing the views of Swedish Geologists Fredrik Klingberg and Martin Jakobsson who say that the chemical composition of the samples provided resembles that of nodules that are not uncommon in seabeds, and that the materials found, including limonite and goethite, can indeed be formed by nature itself.

Despite counterclaims and incredulity from many of the World’s Oceanographic organisations disputing everything from the quality of the sonar imaging equipment used to questioning Ocean X’s intentions in starting submarine trips to the site for wealthy tourists, the fact remains that without consensus or deeper research, the mystery will continue to excite and intrigue people well into the future.