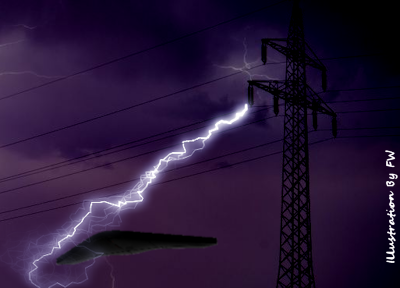 They are typically reported as having three major glowing orbs on the underside. They are non-reflective and black in color, but they’ve also been reported as glowing orange or yellow. The strangest element is that most reports say that they are unnervingly silent.

The CNY region is not without its reports of these triangle-shaped crafts. Among the earliest-known upstate reports of a triangle craft was in January 1979 in Herkimer. One winter’s night, a snowmobiler who lived in the country went to visit a friend five miles away. He stated that suddenly it became quiet; he couldn’t hear his sled’s engine and the snowmobile’s lights went out. He looked up and could make out the outline of a huge black triangle blocking out the stars. It had no lights and was silent. He said it took about two minutes for it to pass over head. It was perhaps 100 feet off the ground and when it passed under the power lines, arcs began jumping from the wires to the top of the craft. He watched it continue moving away over a hill and then out of sight. When he got home, nobody believed him.