NASA’s Mars Rover has snapped a picture that appears to show a UFO on the surface of the Red Planet.

The high-definition image shows the rocky landscape of Mars, with ripples etched in the surface by the wind.

But right in the middle of the photo is an object that looks completely different. 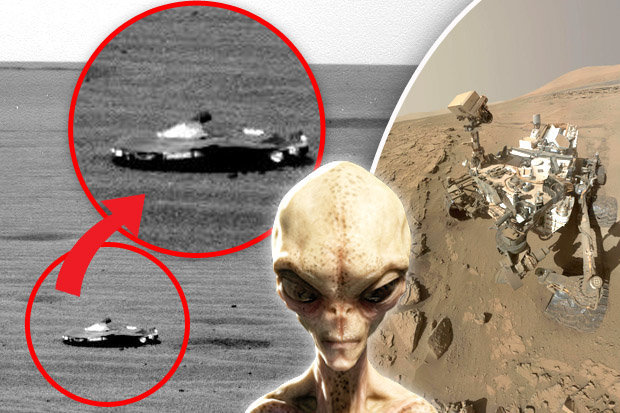 It appears to have a smooth, possibly metallic, exterior – and what look like lights.

There is no denying it looks just like a stereotypical spaceship.

And it certainly doesn’t look like it was created by natural forces. 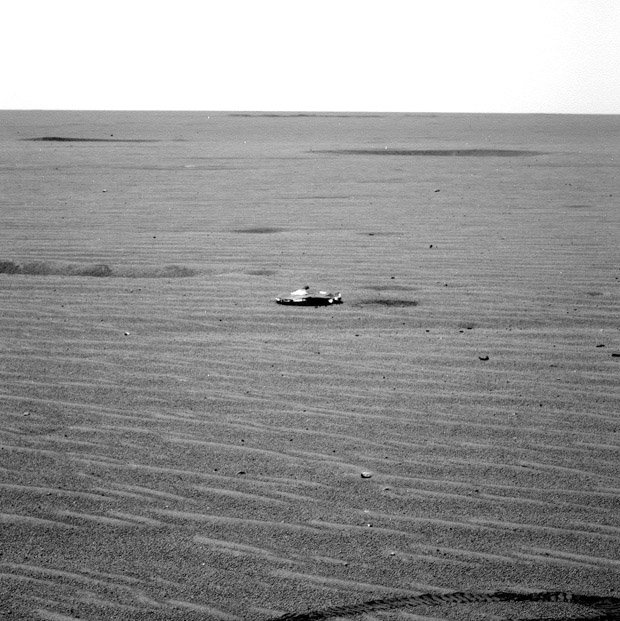 ORIGINAL IMAGE: This is the original image – taken from NASA’s own website

“They forgot to Photoshop that one out”

UFO enthusiasts have jumped on the image as undeniable proof of intelligent extraterrestrial life.

NASA is yet to comment on the inexplicable discovery.

But the space agency did announce it had found running water on Mars in 2015 – and there may be alien life there right now.

And the explosive new development comes after hacking group Anonymous claimed the space agency is about to announce it has found aliens. 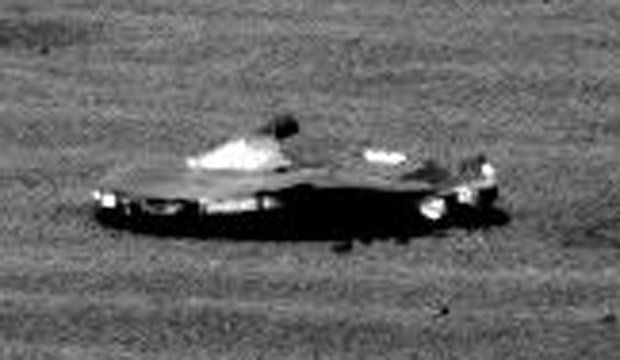 WTF: The object in close up

They are often very grainy amateur footage – and not very convincing.

But NASA’s Rover is equipped with very powerful lenses, so the image is very clear. 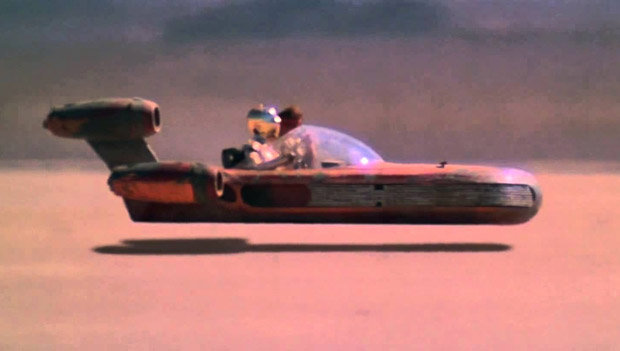 Conspiracy theorists – who accuse NASA of covering up the existence of aliens – sometimes post images from the surface of the moon or Mars, claiming they show aliens or their artefacts.

Mostly they appear to be just an oddly shaped rock.

But this new image – which dates from March but has only just been discovered – is very difficult to explain away.

Mikeymike34 said: “This is awesome!”

EdisonVonneZula said: “Looks like light glimmering off of a genuine spaceship on an alien planet in outer space.”

Crazylegs99 said: “They forgot to Photoshop that one out.

“Love how skeptical the mods are. You could have aliens waving hi through the windshield and it would be flagged as a likely prosaic.” 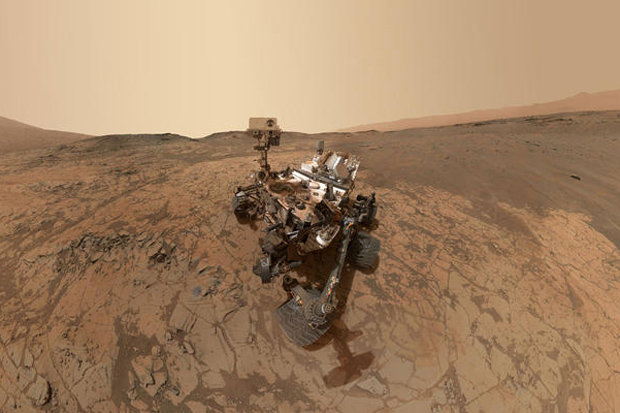 HERE BOY: NASA’s Mars Rover is beaming back pictures from the Red Planet

But one seemingly well-informed user suggested it could be debris from the Rover’s landing craft.

User OnceReturned said: “Apparently the Rover was near its own entry debris on that date and was photographing it.” 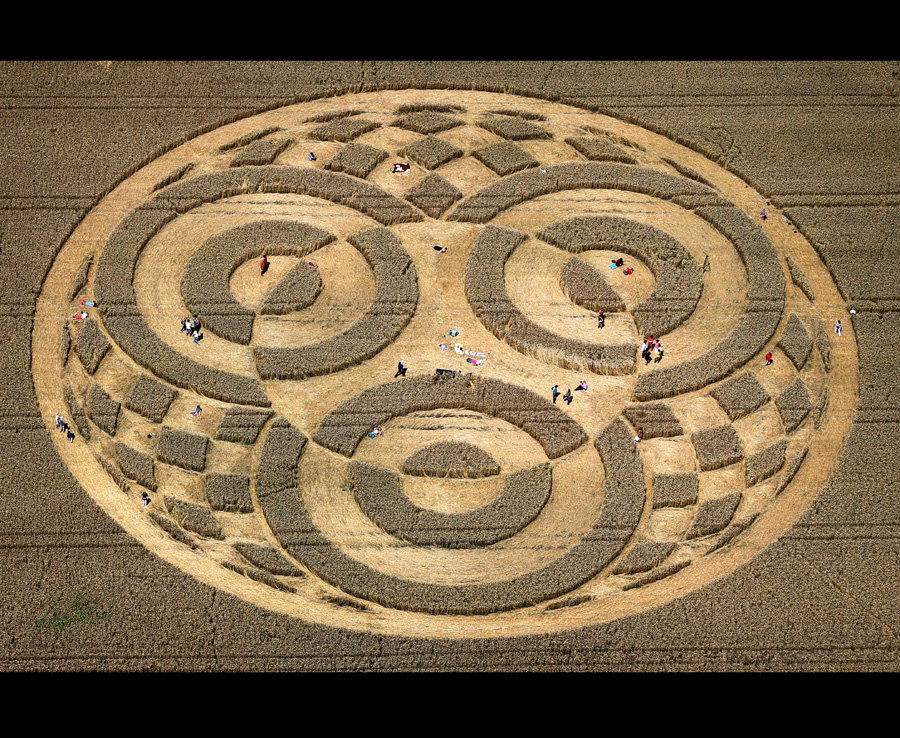 They added: “The object certainly appears to be artificial. We know that the Rover was taking pictures of its own entry debris at that time.

“There’s nothing particularly alien about the object in question – it could easily be entry debris, at least in my opinion.

“Sure, it could be the smoking gun, but I think that given the context provided by the timestamped image above, it seems that entry debris would be the most parsimonious explanation.

“It’s a great find though. It certainly captured my interest.”