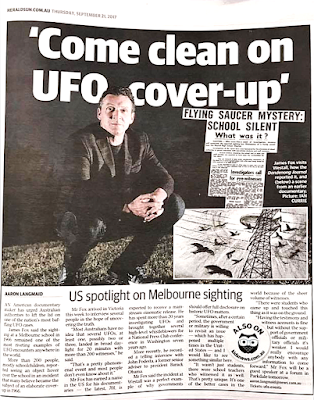 James Fox said the sighting at a Melbourne school in 1966 remained one of the most riveting examples of UFO encounters anywhere in the world.

More than 200 people, mostly schoochildren, reported seeing an object hover over the school in an incident that many believe became the subject of an elaborate cover-up in 1966.