Buried in the National Archives for nearly 80 years, a newly rediscovered photo may hold the key to solving one of history’s all-time greatest mysteries.

On July 2, 1937, near the end of her pioneering flight around the world, Amelia Earhart vanished somewhere over the Pacific Ocean. Most experts, including the Smithsonian’s Air and Space Museum, believe Earhart likely ran out of fuel and crashed into the Pacific Ocean. But no trace of the aviator, navigator Fred Noonan or her twin-engine Lockheed Electra airplane were ever found, confounding historians and fueling conspiracy theories ever since. Now, new evidence has surfaced in U.S. government archives suggesting Earhart might not have crashed into the Pacific at all, but crash-landed in the Marshall Islands, was captured by the Japanese military and died while being held prisoner on the island of Saipan.

According to HISTORY’s upcoming investigative special “Amelia Earhart: The Lost Evidence,” airing Sunday, July 9, retired federal agent Les Kinney scoured the National Archives for records that may have been overlooked in the search for the lost aviator. Among thousands of documents he uncovered was a photograph stamped with official Office of Naval Intelligence (ONI) markings reading “Marshall Islands, Jaluit Atoll, Jaluit Island, Jaluit Harbor.” In the photo, a ship can be seen towing a barge with an airplane on the back; on a nearby dock are several people.

Kinney argues the photo must have been taken before 1943, as U.S. air forces conducted more than 30 bombing runs on Jaluit in 1943-44. He believes the plane on the barge is the Electra, and that two of the people on the dock are Earhart and Noonan. As part of the program’s investigation, Doug Carner, a digital forensic analyst, examined the photo and determined it was authentic and had not been manipulated, while Kent Gibson, another forensic analyst who specializes in facial recognition, said it was “very likely” the individuals in it are Earhart and Noonan. Both analysts identified the ship in the photo as the Japanese military vessel Koshu Maru, which is thought to be the ship that took Earhart and Noonan away after their crash landing.

The Marshall Islands/Saipan theory of Earhart’s fate isn’t a new one; it first surfaced back in the 1960s, and relies on accounts of Marshall Islanders who supposedly saw the Electra aircraft land and witnessed Earhart and Noonan in Japanese custody. In 2015, Kinney and another amateur Earhart sleuth, Dick Spink, found two metal fragments on Mili atoll in the Marshalls, which they believed came from Earhart’s plane—a theory that is also investigated in “Amelia Earhart: The Lost Evidence.”

Several other proposed Earhart theories also depart from the “official” crashed-and-sank narrative of her disappearance. Some have argued she crashed and sank in Papua New Guinea; or that she was a U.S. spy who was repatriated after World War II and lived out her life under an assumed identity. 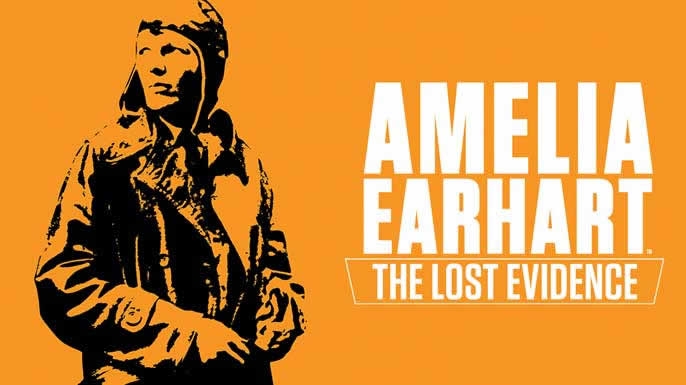