A Vimana is said by Aachaarya Naaraayana to be that which is able to speed on earth, water, and air through its own power, like a bird. Shanka says that the experts in the science of aeronautics have said that anything that can fly through the air from one place to go to another is Vimana. These are just two of the definitions of a mysterious aircraft that has the name of Vimana, an ancient flying device that was used around 6000 years ago.

According to Bodhaananda scientists have said the Vimana requires 32 secrets to work and the pilot of it needs to be able to acquaint himself with all of them before he is said to be competent to be able to fly the airplane. It is said that the secrets to flying the Vimana were given in the “Rahasya-Lahari” by the masters. 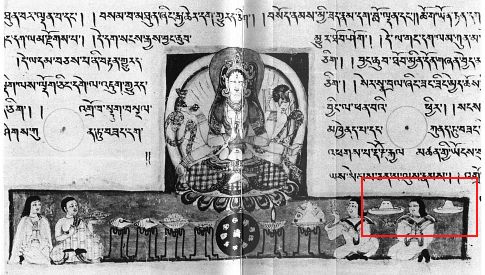 Descriptions from the ancient texts have said that a pilot should have training in maantrica along with kritaka and others. It is said that they should be able to be capable of contraction along with the expansion, be able to change their shape, made to look frightening, pleasing, become enveloped in darkness or luminous. They should be able to move in a zig-zag form in much the same way as a serpent, be able to hear sounds in the distance, take pictures and be able to know when the enemy is approaching on them.

The secrets that each and every Vimana pilot has to learn have been explained by Siddhanaatha and some of them have been described in the following ways:

The Vimana pilot should be able to invoke mantras of Siddhaamba, Veginee and Bhairavee and be able to become invisible and take the powers of paadukaa, along with other mantras with potent herbs. The pilot should follow the Bhuvaneswaree Mantra, which is able to confer mesmeric powers and spiritual ones, to be able to make airplanes which do not break and which cannot be cut, burnt or otherwise destroyed.

By gaining Shambara, Mahaamaaya and other tantric powers the pilot will be able to endow the airplane with those powers.

The pilot should study architects such as Maya, Mann, Vishwakarma and Chhaayaaparusha, along with others to be able to make planes of various patterns.

The pilot should harness the powers of Prayaasaa, Viyaasaa and Yaasaa in the 8th atmospheric layer that covers the Earth and be able to attract any dark content of the solar ray and then use this to be able to hide the Vimana away from the sight of the enemy.

It is said that thanks to the collision of electric and wind power in the atmosphere, there is a glow and the reflection is caught in the mirror that lies in the front of the Vimana and this can camouflage the Vimana.

Shaktitantra says that thanks to Vynarathya Vikarana along with other powers that are in the center of the solar mass, it attracts force of the ethereal flow that is in the sky and mixes with the aerial globes balaahaavikarana Shakti and this produces a white cover which is able to make the Vimana invisible.

The Dhooma Prakarana produces the 32nd type of smoke through mechanism and charges it with light from the heat waves of the sky and then projects it by way of the padmaka chakra tube to the top of the Vimana and it whirls with 132nd type speed, which causes a terrifying shape of Vimana to come out and this frightens any onlookers.

The Tylaprakarana states that with the preparation of oils and by putting them onto the distorting mirror which is in the Vimana and applying the 19th smoker and then charging it with kuntinee Shakti in the Vimana, different shapes will appear such as lion, tiger, mountain and river and any onlookers will be confused and amazed.

It is described in what is called a magic book of destruction it attracts 5 types of smoke through a tube in the contracting machine that is located at the front of the Vimana and it merges into cloud smoke that is talked about in the Shadgarbha Viveka before then pushing it by electric force through an aerial tube and this destroys everything residing in the cataclysm.