Evolution will no longer be taught in Turkish schools, a senior education official has said, in a move likely to raise the ire of the country’s secular opposition.

Alpaslan Durmuş, who chairs the board of education, said evolution was debatable, controversial and too complicated for students.

“We believe that these subjects are beyond their [students] comprehension,” said Durmuş in a video published on the education ministry’s website.

Durmuş said a chapter on evolution was being removed from ninth grade biology course books, and the subject postponed to the undergraduate period. Another change to the curriculum may reduce the amount of time that students spend studying the legacy of secularism.

Critics of the government believe public life is being increasingly stripped of the secular traditions instilled by the nation’s founder, Mustafa Kemal Atatürk.

The secular opposition has long argued that the government of Recep Tayyip Erdoğan is pursuing a covert Islamist agenda contrary to the republic’s founding values. Education is a particularly contentious avenue, because of its potential in shaping future generations. Small-scale protests by parents in local schools have opposed the way religion is taught. 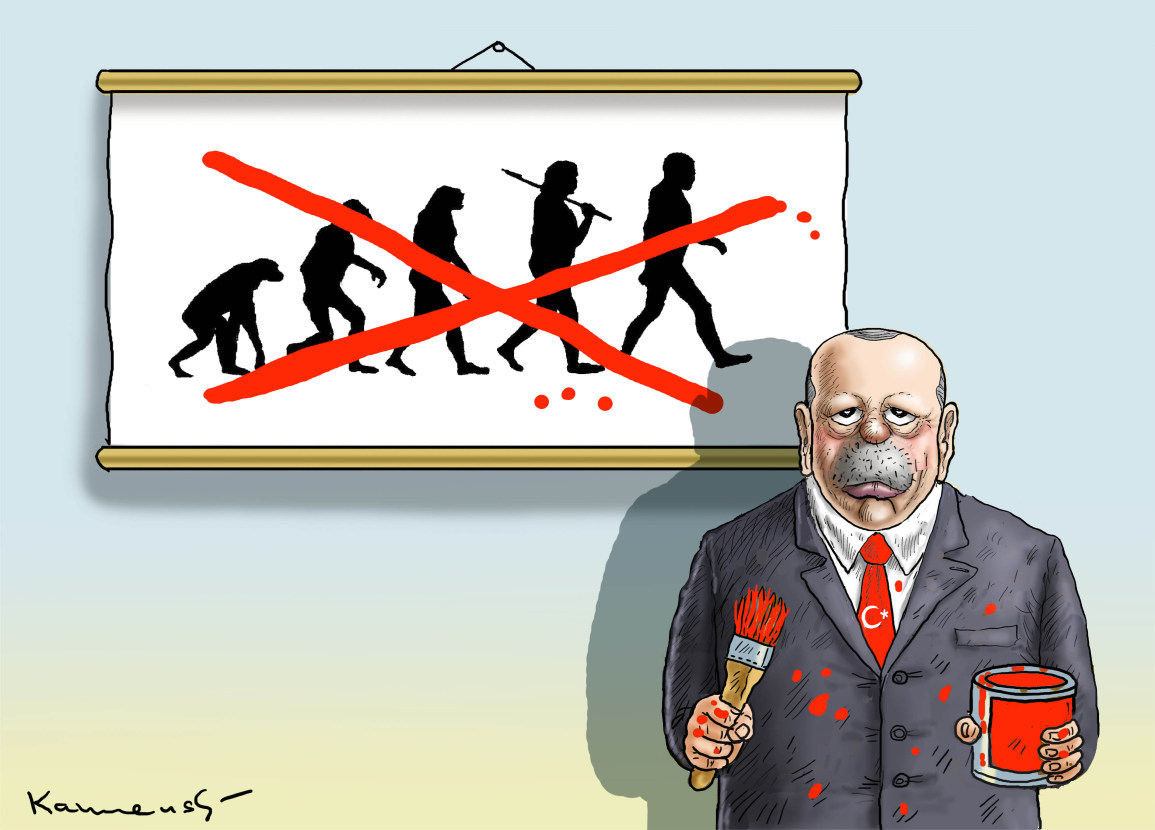 There is little acceptance of evolution as a concept among mainstream Muslim clerics in the Middle East, who believe it contradicts the story of creation in scripture, in which God breathed life into the first man, Adam, after shaping him from clay. Still, evolution is briefly taught in many high school biology courses in the region.

The final changes to the curriculum are likely to be announced next week after the Muslim Eid or Bayram festival at the end of the fasting month of Ramadan. The draft changes had been put forth for public consultation at the beginning of the year.

The subject of evolution in particular stirred debate earlier this year after Numan Kurtulmuş, the deputy prime minister, described the process as a theory that was both archaic and lacking sufficient evidence.

Reports in Turkish media in recent weeks, based on apparent leaks of school board meetings, have also predicted a diminished role in the curriculum for the study of Atatürk, and an increase in the hours devoted to studying religion. Durmuş said that a greater emphasis would be placed on the contributions of Muslim and Turkish scientists and history classes would move away from a “Euro-centric” approach.

The changes were based on a broad public consultation in which parents and the public played a key role, he said.

The Islamist-secularist debate is just one of a series of divides in a country that two months ago narrowly approved a referendum granting President Erdoğan broad new powers.

Many in the religiously conservative element of the president’s support base admire his piety and see his ascension as a defeat of the elite “White Turks” – a westernised elite that used to dominate the upper echelons of society and was accused of looking down with disdain on poorer, more religiously inclined citizens.

The secular opposition worries that the president and his party are reshaping Turkish society and clinging to neo-Ottoman ideals that see Turkey as the vanguard of a greater Islamic nation.