The incredible clip shows what appears to be bright orbs gliding behind the craft before the feed reverts back to a space agency control room.

An extraterrestrial researcher going by the name of Streetcap1 on YouTube shared the clip, which is believed to have been taken on Wednesday.

Russian publication Rusdia Log reported how no one in the control room “jumped up and pointed to the monitors”. 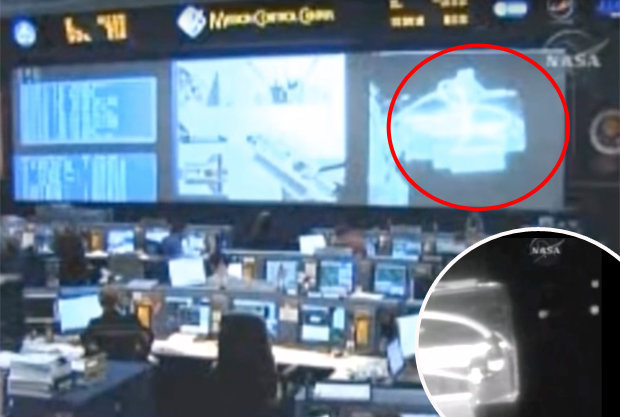 MYSTERY: What was spotted on a NASA live feed? 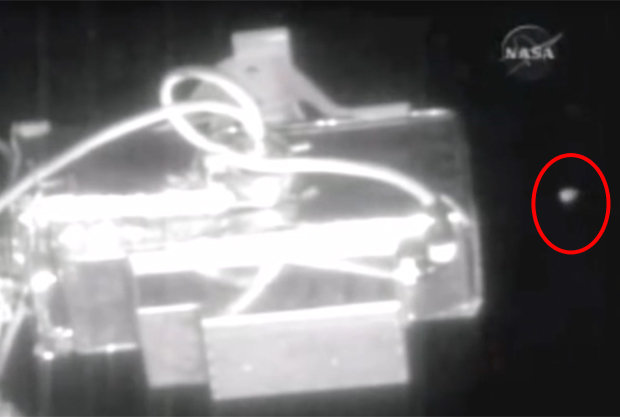 UFO: A bright orb appears on the live NASA feed before others follow suit

“All UFOs moved at the same speed, keeping a certain distance between them”

It wrote: “All UFOs moved at the same speed, keeping a certain distance between them.”

It’s not the first time claims have emerged NASA is cutting live feeds to hide the existence of aliens.

Last month, an astronaut appeared to block a camera from capturing UFOs rushing past the space station. 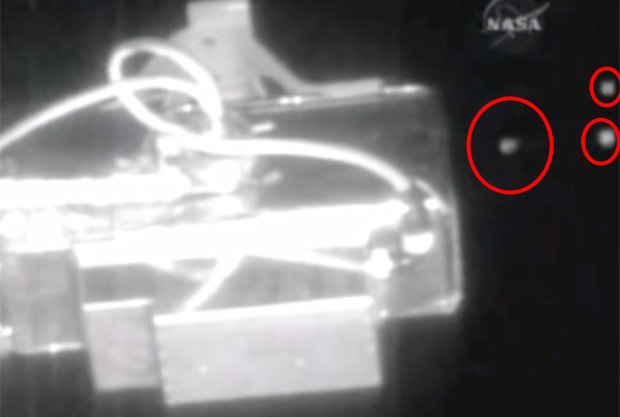 COVER-UP? More UFOs then appear on the footage before it cuts away 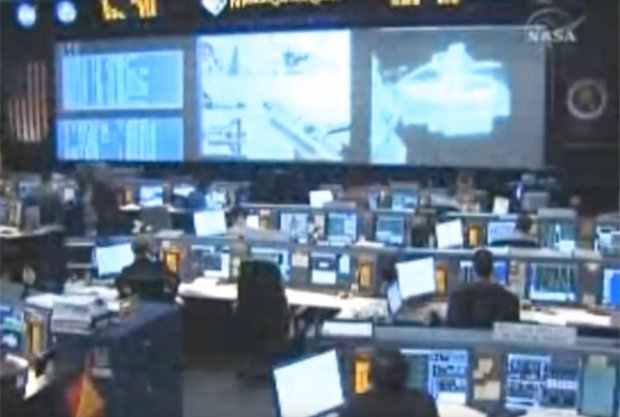 SHOCK: But the feed dramatically cuts back to the NASA control room

A bright craft was spotted hurtling towards Earth back in July 2016 – and an almost identical incident happened three months later.

Claims of a huge space cover-up are nothing new, with many conspiracy theorists believing mankind has never even made it to the moon.