Bush was put on the spot by television host Jimmy Kimmel who questioned him about the “secret file UFO documents”.

Kimmel asked whether Bush had gone through the classified documents while president – saying “it would be the first thing I would do”.

The 43rd President of the United States remained coy – and did not give much away while being pressed yesterday on Jimmy Kimmel Live.

“I’m not telling you nothing”

Bush – who was president from 2000 to 2008 – simply replied “maybe” when asked about whether he looked at the documents.

He then repeatedly said he would not give anything away, even “when he is 90” – and suggested he would take the secrets to the grave.

Kimmel asked Bush whether he would tell him what was in the files, and he said “no”. 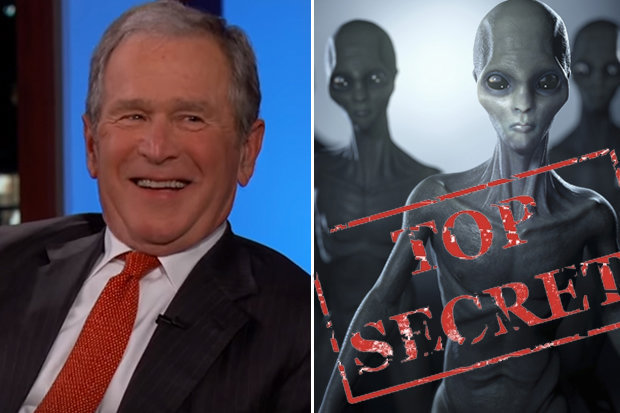 ALIENS: George W. Bush spoke about the UFO files of the White House 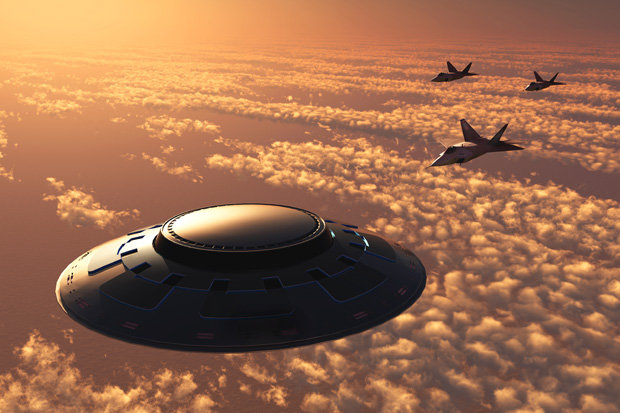 UFOS: Aliens secrets are believed to be held by the US Government

Kimmel said: “Now that you’re out of office you can do anything you want, right?”

Alien enthusiasts have called on the White House to reveal the top secret UFO files, including Apollo 14 astronaut Edgar Mitchell.

Bush said his “daughters asked the very same question” about revealing the UFO secrets of the White House.

Declassified UFO files reveal CIA contractors claimed to have had contact with aliens, according to transcripts from experiments using “psychics”.

UFO hunters have repeatedly accused NASA of an alien coverup – pointing to mysterious “cuts” in the ISS feed while strange objects loomed into view.