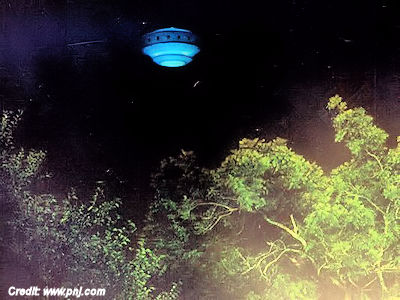 Thirty years ago this fall, sleepy Gulf Breeze was gripped by a UFO phenomenon that became national and international news. The “Gulf Breeze Sightings,” as they came to be known, became some of the best-known UFO sightings in history, and the lore from that frantic fall of 1987 is still debated today.

The Gulf Breeze Sightings were referenced on “The X-Files,” studied by The History Channel and other cable programs, and dissected and argued on Internet sites galore.

Most dismiss the UFO photos at the center of the Gulf Breeze Sightings as a hoax — most, but not all — yet so many others at the time also claimed to see unexplained flying craft in the Gulf Breeze area — so close to both Pensacola Naval Air Station and Eglin Air Force Base, of course.