Bon Iver‘s Justin Vernon narrates the strange new trailer for the upcoming documentary, The Dundee Project, about a UFO festival in the musician’s home state of Wisconsin. Mark Borchardt, the independent filmmaker behind the cult horror classic Coven, directed the film. 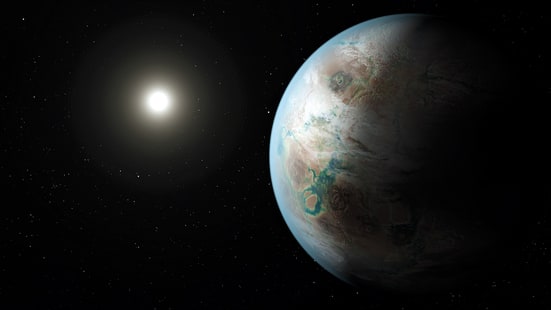 Per Wisconsin Public Radio, The Dundee Project chronicles UFO Daze, an annual gathering of extraterrestrial aficionados, who meet to discuss UFOs and watch the sky near Dundee, Wisconsin. Borchardt has been a long time attendee and began filming interviews with locals and festival goers in the early 2000s.

The new trailer teases interviews with a handful of participants, including one who’s particularly excited – in a very staid Midwestern way – about one attendee bringing along his time machine. As Vernon says in his narration, The Dundee Project is “a new documentary about a small town in a big universe.”

The Dundee Project marks Borchardt’s first project since Coven in 1997. He has appeared in a variety of projects since, most notably as the subject of American Movie, a documentary that chronicled the making of Coven.

As for Vernon, Bon Iver released its most recent album, 22, A Million, last year. The group has a handful of tour dates lined up this spring, including performances at Coachella.