Last December, the city of Kiev, Ukraine’s capital, was hit with a major power outage caused by a cyber attack at midnight which lasted 1 hour and fifteen minutes, causing tens of thousands of citizens to be affected. Now, researchers and cyber security companies have found out the exact hack and its complicated procedure, which is now called “Industroyer” or “CrashOverRide”, thought to be the brainchild of Sandworm, a Russian-based hacking group that is stated sponsored by Russia. They are also thought to be the perpetrators behind the 2015 power outage.

ESET and Dragos Inc, one being a Slovakia-based security software marketer, and the other being a United States critical infrastructure security firm, were the ones who led the investigation to find out and research about this new malware that can cause extensive harm to power grids and infrastructures all over the world. This is the second hack found that can cause major damage to critical infrastructures, after Stuxnet – allegedly the first malware that is theorized to be created by the US and Israel to cause damage to Iranian nuclear facilities back in 2009.

The clever and extremely dangerous thing about the CrashOverRide malware is that it does not harm systems by targeting its flaws – it rather harms the core functionality of infrastructure systems – which are the processes they work on. It targets the four main processes infrastructural systems all over the world – from transportation to power supply systems.

‘If this is not a wakeup call, I don’t know what could be.’ – Robert Lipovsky, ESET on this new malware that can cause so much harm. The thing with this new malware is that it can cause even more widespread and longer-lasting blackouts. The malware can cause power outages in a part of a country’s power grid for days, though the bright side of this is that it is unable to take down an entire nation’s power grid. 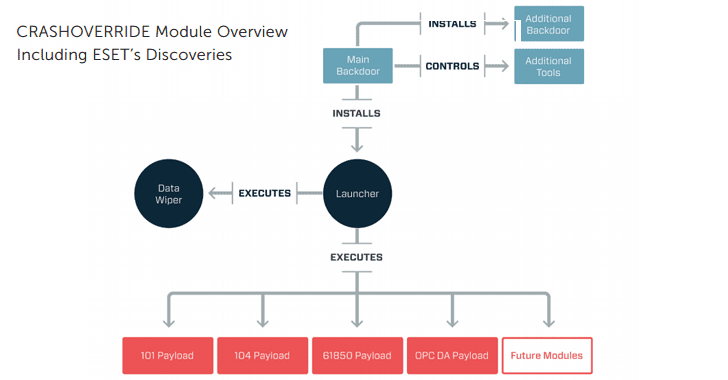 The malware works on interchangeable plug-ins that allow CrashOverRide to move to different power lines/utilities and even simultaneously attacking. This is another reason why its so deadly: It can be re-configured to easily attack different kinds of systems in other parts of the world, such as the Middle East and Asia. Moreover, it can also be altered to attack different types of infrastructures. ESET and Dragos Inc. Have already reported their findings and alerted various governmental organizations on the best way to block these attacks. For now.