Now UFO experts have made wild claims the unidentified light show could actually have been set up by NASA.

Ufologists believe the space agency may have sent UFOs into the sky in order to prepare people on Earth from an impending invasion of extra-terrestrial life.

The light show was seen by witnesses across the US from North Carolina to New York.

Tweeting photos of the rocket launch, the agency called it “an early Independence Day fireworks display”.

The rocket launch – from Wallops Flight Facility in Virginia, US – reached an altitude of 118 miles and lasted eight minutes.

Four minutes in, it deployed 10 canisters about the size of soft drink cans, each containing a coloured vapour that forms artificial, luminescent clouds. 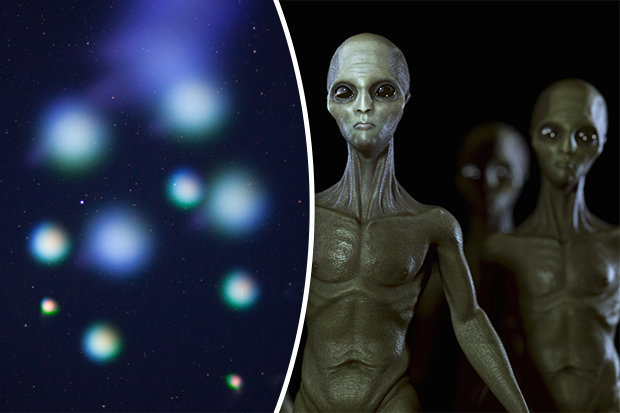 But the Wallops facility, as well as local police stations, reportedly received 2,000 reports and photographs from stunned onlookers, terrified about what exactly the unidentified lights were.

Now conspiracy theorists claim it was all in preparation for an alien war.

“This looked like an alien invasion and it would appear they’re testing these different technologies that could potentially be used in order to get people frightened and flood the 911 centres with calls about these strange lights moving through the sky,” UFO expert SecureTeam 10 claimed in its latest YouTube video.

“They run their test, they got their reaction and they have the perfect cover story.

“Is this a test of Project Blue Beam?”

Project Blue Beam is a conspiracy theory that claims NASA is attempting to implement a New Age religion with the Antichrist at its head and start a New World Order, via a technologically-simulated “second coming”.

“Do you guys think that a lot of the UFO sightings we see are not from off planet but are in fact from our own government?” SecureTeam 10’s presenter Tyler asks viewers.

“Are they nothing but holographic simulations in order to condition us for the big alien invasion?” 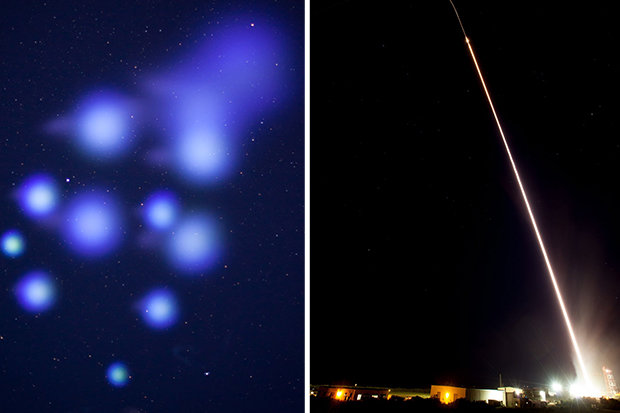 While some viewers were shocked by the claims, others seemed unconvinced.

“The fear mongering in your videos is not necessary to gain a following, you being one pioneer of ufology you should be pursuing a change in how the public view aliens,” one fan commented on the clip – which has been seen more than 140,000 times in less than 24 hours.

The US space agency was last week forced to respond to claims a child slave colony lived on Mars.

Steele made the bizarre allegations while appearing on the US-based InfoWars talk show hosted by Jones.

The claims were so unbelievable, a NASA spokesmen even came out to confirm “there are no humans on Mars”.