Some believe that Jesus may have been an extra-terrestrial, most probably an Anunnaki hybrid. The truth, time tells us, is hidden underlies and then twisted and turned so much that what little bit of truth remains is so well hidden that we don’t know what the truth is and which are lies.

Studies of theology may have one believing that Jesus was created by the Council of Nicea back in 325 AD to bring the Yeshua ben Yosef cults together through Emperor Constantine. They added in Mithra, Osiris and Horus and their supernatural abilities to the entity of Jesus that they created and this was the creation of Christianity.

Books Missing From The Bible, But Why? 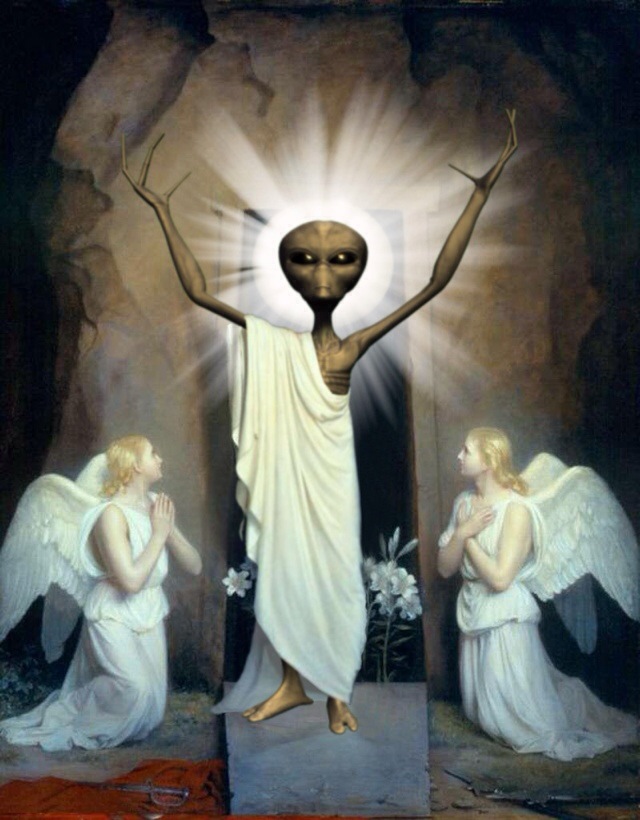 There are books missing from the bible, these include Book of Enoch, Book of Numbers, Book of the Wars of Jehovah and Book of Jubilees. The big question is why these books were eliminated from the bible. We know that Jehovah, also known as El Shaddai and YHWH, was called Lord and he was a god of wrath and vengeance. Could it be possible that when Jesus took over the place of Jehovah, the people started to worship the god of wrath and vengeance without knowing?

The bible was written in “perfect, reverse astrotheological order” and this is an explanation of the astrological signs, which are in reverse order. There are many examples, the Israelites idolizing the Golden Calf when Moses was on the mountain. This stood for the Age of Taurus. Moses blowing the horn of the ram was the symbolization of the Age of Aries. Jesus fed people with two fishes and this was the Age of Pieces. Jesus told people to follow the man who was carrying a pitcher of water and this was the symbolization of the Age of Aquarius. The bible has taught that astrotheology has been used as a way of controlling the masses and the timeline of it brings us to the end time, which is people who have power are trying to bring about the chapters in Revelation when the world could be peaceful and people living in harmony as opposed to chaos.

Is The Bible An Encrypted Timetable?

But what if the bible was actually a timetable that had been encrypted for the return of the galactic family? The elite that rule may know this and they may be trying to bring about the end times to stop humanity from being able to ascend, so energy may be harvested for their own, while at the same time keep people living in a state of fear. These times may bring about the return of the creator gods, the Anunnaki.

One thing that is for certain is that the name Jesus didn’t exist at the time of his birth, as we didn’t see the letter J arrive until the 1500s. Similarly, names such as John, Job and Joseph, could not have existed either, all names that are in the King James Bible, which was written in 1611. The King James bible was edited by Sir Francis Bacon, the Rosicrucian and Free Mason, who had tie ins with secret societies. Therefore it is feasible that the truth may have been encrypted and/or twisted. In a Freeman lodge there is a Christian bible but when coming to the 33rd degree of freemasonry, the Luciferian Doctrine is then followed by anyone initiated into the level. Along with this, the 33rd-degree mason has the motto of “Ordo ab Chao”, which simply means order out of chaos.

All Of These Things And More Are Possible. Through DNA

Gregg Braden’s work tells us that there are just 22 out of the 64 codons in DNA that are turned on. But what would happen if all of them were activated at the exact same time? This may have been what was meant when Jesus said that “all of these things and more can be done”. Might it be a possibility that the DNA in people could become fully activated following Anunnaki genetic manipulation?

Could Jesus Be The Same As The Aztec Quetzalcoatl Or Mayans Kulkuljan?

Some things are said to be kept quiet do to the best interests of humanity. A man with blue eyes and blonde hair with the name of Kulkulkan paid a visit to the Maya and taught them all about medicine, agriculture, mathematics and astronomy. The entity was called Quetzalcoatl by the Aztec people. But could that be the same story as that of Jesus and might it be possible that Jesus was actually an alien that visited from another star system or planet?

Very little has been said about the life of Jesus after birth and up to the age of around 30. Perhaps the star of Bethlehem wasn’t a star at all; perhaps it was the light from a UFO. Maybe Jesus was taken back to the mothership so that he could be readied for the teachings that he would eventually give to the people until he passed?

Perhaps one of the most compelling of arguments that go against the theory of mythological gods has been pointed out by Michael Tellinger. Around 9,000 years BC before the Sumer appearance, the Mayan population suddenly appeared and showed the same predilections to planting, agriculture, harvesting, commerce and trade, which the Sumeria did and which were all said to be attributed to the teachings of gods. It is more likely that there was more than just one ET group that actually left their stamp on earth.

The story of Jesus may have derived from and used by the church as one way of gaining subservient control, along with getting people to conform to religion and the government. It is possible that an entity that had supernatural abilities could have existed; more likely still is an extra-terrestrial or Anunnaki hybrid.