Thanks to recent advances in technology, researchers currently scanning the Great Pyramid of Giza believe that they have made the first discovery of a secret chamber in the pyramid. They say they have detected anomalies and “cavities” inside the monument which are likely hidden rooms containing 4,000-year-old secrets.

The particular group of researchers is currently using infrared thermography, and various other techniques, to search for hidden chambers inside the Great Pyramid.

The pyramids were all made out of large, cubic rocks stacked on top of each other, and were used as burial sites for pharaohs. Aside from the burial chambers themselves, there should be no other empty spaces. However, this is not the case. So far, experts have found several anomalies inside the pyramid and say they could soon reveal their contents.

To use Infrared Thermography, scientists detect energy emitted from an object and then convert that energy into temperature. The machine then displays an image of the temperature distribution, allowing experts to identify places with unexpected energy readings that indicate chambers.

Experts also use 3D scans constructed with lasers. These lasers bounce narrow pulses of light off the interiors of a structure in order to create a detailed map. This information can then be used to create a 3D map of the structure. 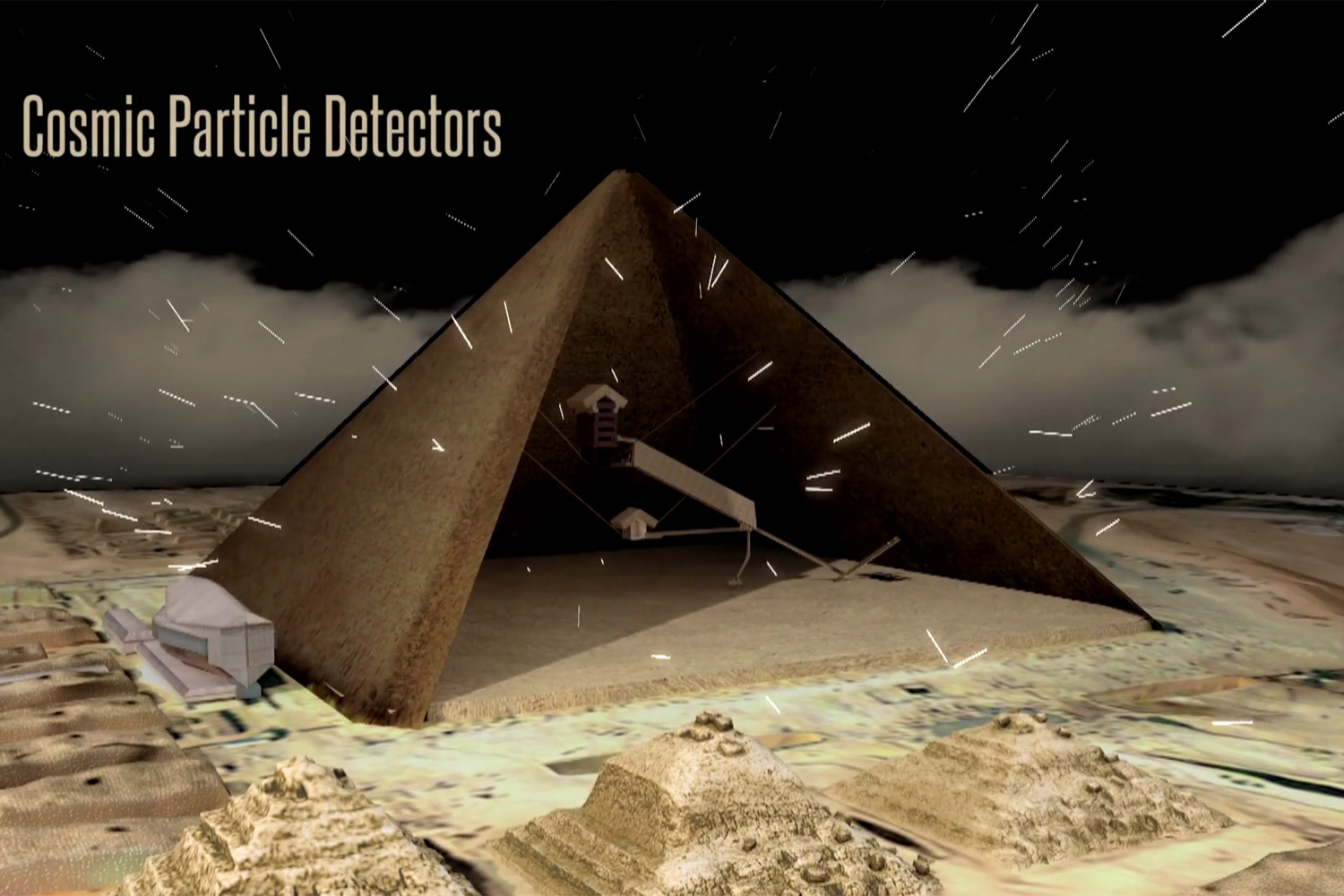 Finally, and perhaps most effectively, scientists use cosmic-ray detectors. These allow scientists to detect particles called “muons” that are created when cosmic rays pass through Earth’s atmosphere. Although muons are harmless and pass through people and buildings with ease, they eventually slow down and come to a stop when passing through rock. Scientists want to catch muons after they’ve traveled through the pyramid and measure their trajectories and energy. This information would then be used to create a 3D image and reveal any cavities in the otherwise solid rock of the pyramid.

One of the spaces that potentially contains a chamber is hidden behind the north face of the Pyramid. “It could have the form of at least one corridor going inside the Great Pyramid, ” A research company named Scan Pyramid reported last year.

However, new research indicates that there may be a second hidden void beneath one of the descending corridors inside the Great Pyramid of Giza. Such secret chambers and valuable artifacts have been found before in other locations, and researchers are currently looking for them in other burial sites:

‘Each of these methods is being used to help develop models and reveal where chambers may be located. So far, researchers are confident that at least one such chamber exists.

The stakes are high, as it is uncertain how the Egyptian government will react to new findings. The Great Pyramid of Giza is one of the most impressive ancient structures ever built and remained the tallest man-made structure on Earth for nearly 4,000 years. It is the only surviving monument from the Seven Wonders of the Ancient World. After all of these years, great fame, and potentially valuable discoveries await those who can unlock its final secrets.

It was last October when experts first announced that the Great Pyramid might contain several undiscovered chambers, although it is harder to know what exact type of artifacts or traps may lie in these areas. The pyramids were famously well defended by series’ of traps. However, the technology currently in use may be able to serve another purpose. It could help archaeologists in the near future solve many mysteries surrounding the ancient civilization of the Nile river

Depending on what experts are able to find in the Great Pyramid, archaeologists hope to use similar techniques, knowledge, and technology to locate the eternal resting place of legendary Queen Nefertiti, wife of Akhenaten. She was among the most controversial rulers ever to rule in the ancient world. Shedding light on her story would be a great accomplishment for science, archaeology, and history.