The dead body of a Buddhist leader from Russia who died eighty years ago has baffled scientists because it is still not showing any signs of decay.

According to Galina Yershova, a professor of history at the Russian State University for Humanities, samples have been taken from the body which suggests that the organics of the skin, the hair and the nails of the man are no different from those one would expect from a living human being.

Dashi-Dorzho Itigelov was an esteemed Buddhist leader who died in 1927. Before he passed away, he left an unusual note to his fellow Buddhist monks asking them to exhume his body at a later date. They complied with his request and exhumed his body forty-eight years later in 1955. To their astonishment, they discovered that it was showing no signs of decay. Twenty-two years after that, they exhumed the body once again to see the condition. Once again, they found that the body was still perfectly preserved.

At the time, the monks did not let the public know about what they had discovered because of concerns that the Soviet regime would destroy the body as part of their crackdown against religious expression. Their fears were not baseless. When Russia was under the yoke of the Communist Party, forty-six Buddhist temples and monasteries were destroyed by agents of the regime. However, after the fall of the Soviet Union, Buddhism has begun to thrive again across Russia, and more and more people have converted to the peaceful faith. 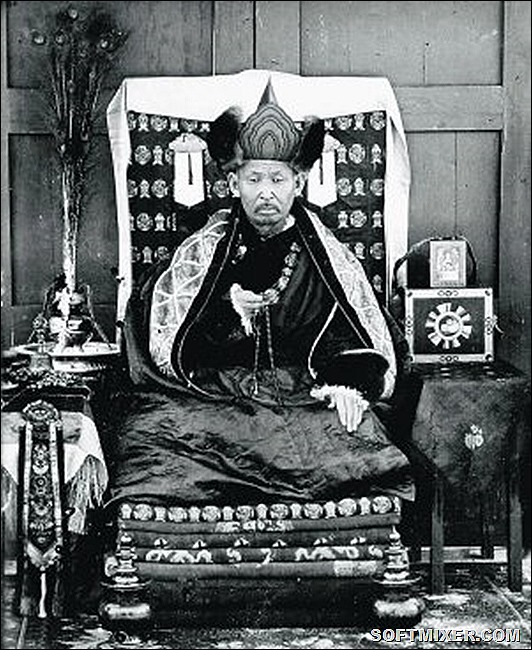 In 2002, the monks decided to exhume the body once again to check on its condition. Again, they discovered that it was still in living condition. On this occasion, they decided that it was safe to tell the public about what they had discovered and called in scientists to examine the corpse.

The scientists who were recruited for the task were amazed by the condition of the body, claiming that it appeared as though it had been mummified despite the fact that there had been no embalming process. By their best estimates, they said that the body was in the condition of a human who had died only thirty-six hours previously. Even today, Yeshova claims that the body is in a similar condition to that of a living person and that the corpse even exudes a ‘very pleasant fragrance’.

Scientists are still baffled by the condition of the body. According to Professor Viktor Zvyagin of the Federal Centre of Forensic Medicine, this is something that defies scientific expectation. “In my years of practice I have encountered quite a few instances of preserved bodies, but those were either the result of mummification or extreme environmental conditions, ” he said, “but this is something different, and for me, incomprehensible. It’s a phenomenon that calls for the most detailed research.”

The Buddhists in Russia believe that the reason Dashi-Dorzho Itigelov’s condition defies scientific expectation is that it is not the work of science, but rather spiritual forces. Itigelov was esteemed in Russia among the Buddhist community. During the period between 1913 and 1917, he was responsible for opening the first temple for Buddhists in St Petersburg and was prolific in his publication of religious tracts. He is also credited for uniting many of the religion’s factions in the country.

Today, Itigelov is revered all over Russia among people of all faiths. In 2013, his body was even visited by the Russian president Vladimir Putin at its resting place in the Ivolgin Buddhist Monastery in Ulan-Ude.