Martian Archaeology, a UFO hunter group, released a video in April claiming to have evidence of just that.

Could there be life on the planet Mars?

The YouTube video shows a series of photos taken from the surface of Mars that they believe to show signs of life including fungus, lichen, petrified wood and even what appears to be an “alien” thigh bone. The photos were taken by the Mars Exploration Rover Curiosity, that has been combing the surface of the Red Planet since 2009 in the hope of finding more information about the history of Mars. 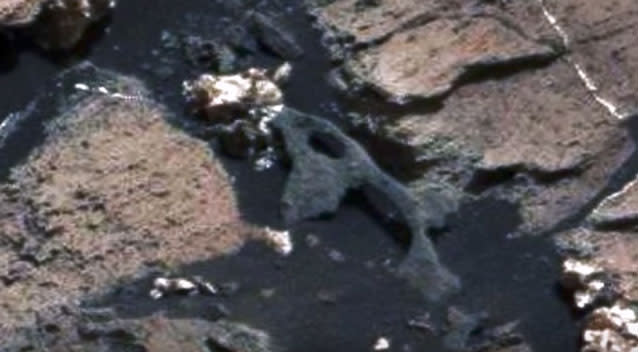 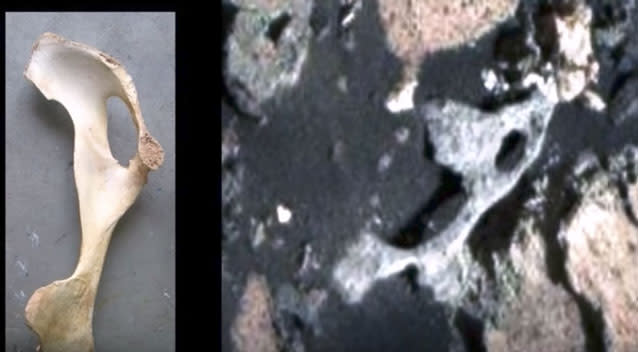 The group claims to have discovered the photos after scouring through hundreds of public photos uploaded to the NASA website. The video shows what appears to be a thigh bone and a hip bone and the group believes that this is proof that aliens do or did exist. While many people agree that the photos are irrefutable evidence of life, some are not so sure and believe that the photos show nothing more than a pile of rocks on a lifeless planet. Nigel Watson author of the UFO investigations Manual says, “The vast majority of these images are as vague and elusive as those posted by UFO witnesses on Earth, and many have a fairly mundane explanation.”

The following video sparked so much interest that NASA responded

The video sparked so much interest on YouTube that even NASA has responded saying that although the photos might look similar to bones, they are nothing more than weathered rocks. NASA released a statement saying “Mission science team members think its shape is likely sculpted by erosion, either wind or water.”

Although NASA denies the claim that these photos show “alien” bones, this is not the first time suspicious photos have been taken of the planet. The Rover has captured images of shiny objects, bright lights, a statue of a woman and even the face of a man. The photos of the apparent bones along with the other strange images from the surface of Mars has many people convinced that there is much more to the Red Planet than NASA is willing to admit.