North Korea may be gearing up for another nuclear test – and it could have terrible consequences.

Intelligence reports suggest that Kim Jong-Un, the Supreme Leader of North Korea, will mark the anniversary of the Korean War on the 25th of June by ordering yet another nuclear test. If Kim Jong-Un does decide to take this action, it is certain to add further fuel to the fire in the already deeply tense political situation in the Korean peninsula.

US intelligence services have confirmed that satellites have detected a great deal of activity at one of North Korea’s major underground nuclear test sites which seems to indicate that the country’s military is gearing up to perform another nuclear test. If the North Koreans choose to test their nuclear-capable intercontinental ballistic missile it is likely that it will be used to mark the anniversary of the Korean War.

Meanwhile, an official Xinhua news agency said: “Both sides reaffirm that they will strive for the complete, verifiable and irreversible denuclearization of the Korean Peninsula. 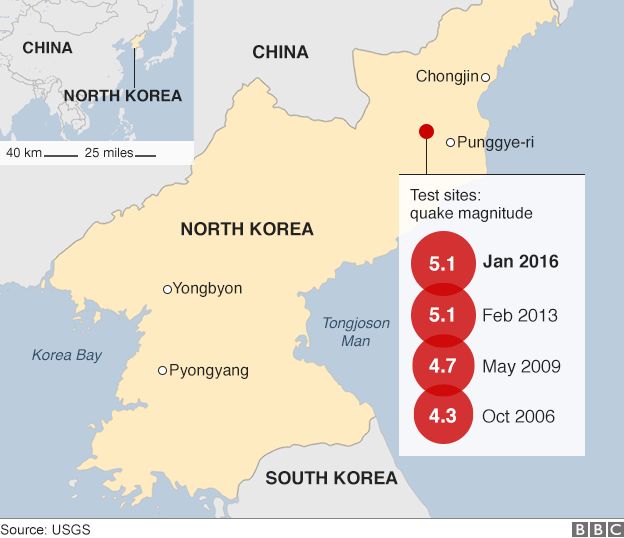 The Korean War is an essential part of the mythology of North Korea and is constantly referred to in state propaganda. North Koreans are taught that the Americans along with the so-called ‘puppet state’ in South Korea attacked the North Koreans, led by Kim Il-Sung, and were sorely defeated by the Communist nation. Kim Jong-Un is particularly keen to highlight the success of the North Koreans in fighting the Americans and the leadership of his grandfather who he has been shown to consistently emulate in public.

If the North Koreans do choose to conduct another nuclear test it is sure to enflame the situation. A number of states have shown that they are prepared to join a coalition against the hermit kingdom because of their dangerous nuclear program in recent months, including the United States and their allies in South Korea and Japan. The country has also invited condemnation from their former allies in Russia and China which has further isolated the North Koreans on the international stage.

While concerns about North Korea’s nuclear program has been considered a hot issue for decades, the nuclear testing has become more frequent under the leadership of Kim Jong-Un who has shown a stubborn defiance against the condemnation of the international community.

In the past, the North Koreans used their nuclear program as little more than a tool to leverage foreign aid concessions from countries such as the United States. However, under Kim Jong-Un, North Korea has been shown to be far more willing to use their nuclear weapons to threaten the countries which they consider to be their enemies. It is thought that this is because Kim Jong-Un is a great deal more volatile than his two predecessors and far more prone to emotional outbursts if he believes that he is being insulted.

Kim Jong-Un’s somewhat unpredictable character is considered to be particularly dangerous given the presence of Donald Trump in the White House who has been significantly more bellicose towards North Korea than previous presidents. Following the death of Otto Warmbier, the US student who died from injuries incurred in a North Korean prison camp, President Trump responded furiously referring to Kim Jong-Un as a ‘madman’, a ‘terrorist’ and a ‘psychopath’. Given the capricious nature of these two men, there are now serious concerns that any provocation from either side could escalate into a full-blown war in the Korean peninsula.