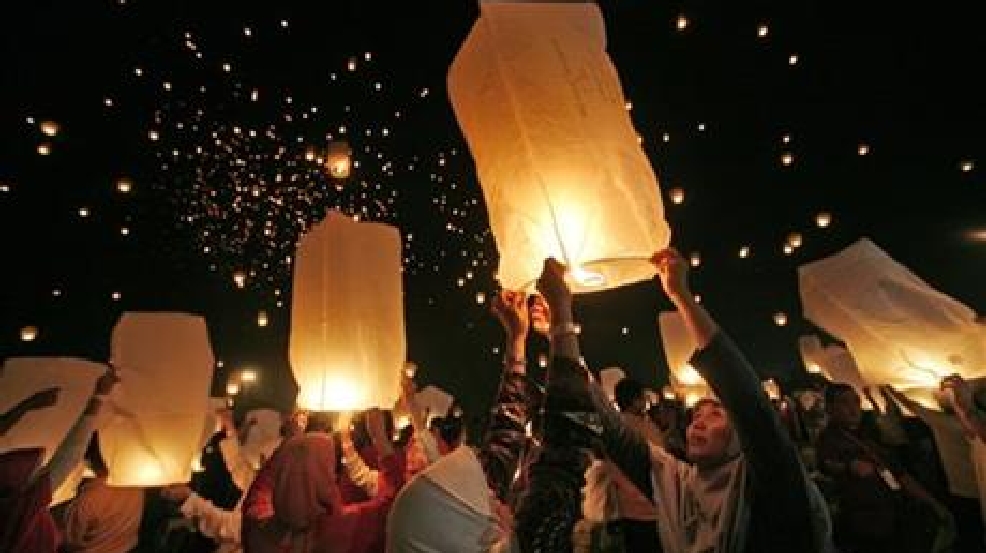 File Photo – Muslim women take part in an attempt to break a world record for the most sky lanterns flown simultaneously in Indonesia.(AP Photo/Dita Alang)

That’s a violation of Oregon airspace punishable by up to a $2,000 fine, effective New Year’s Day.

But fooling folks into thinking they are seeing things isn’t the impetus behind the ban.

Fire flying in the sky – in tinder dry Oregon?

“Once released you have no control over where they may land. They could end up on someone’s rooftop, in a tree, or a pile of debris and cause an unwanted fire.”

A sky lantern is a paper sack suspended over a flame, usually from a small candle or other lit device. The hot air from the flame causes the balloon to rise into the air and be carried off by the wind.