When the sun was born 4.5 billion years ago it had a twin, but this was not an identical twin. This was the same with every other star in the universe says new analysis from a theoretical physicist from UC Berkeley along with a Smithsonian Astrophysical Observatory at Harvard University, radio astronomer.

It seems that many stars do have companions and this includes one of the nearest neighbors to Earth, Alpha Centauri, which is a system with triplets. Astronomers have been trying to find an explanation and have been asking questions such as whether binary and triplet star systems are born that way and whether one star had captured another and even if binary stars split up and turn into single stars.

Astronomers Have Searched For Companion To Earths Sun

Astronomers have in the past looked for a companion to the sun of Earth, this is a star with the name of Nemesis and it was said to have kicked an asteroid into the orbit of Earth that had collided with our planet and this is what had exterminated the dinosaurs, but it has not been found.

There is now a new assertion that has been based on a radio survey that a huge molecular cloud that was filled with stars that have recently formed with the name of constellation Perseus. A mathematical model that is able to explain the observations of Perseus only if all stars that are sun-like have been born with a companion.

Steven Stahler, a research astronomer from UC Berkeley said that there probably was a Nemesis a long time ago. He went on to say that they had run a statistical model to try to find out if they could account for relative populations of single young stars along with the binaries of separations in the molecular cloud Perseus. He went on to say that the only model that was able to reproduce the data had been the one where all of the stars formed as wide binaries initially. The systems then either broke apart or shrank in a million years.

Stahler went on to explain that the term wide in the study applied to when two stars became separated by 500 astronomical units or more, or AU, which is one astronomical unit being the average distance between the Earth and the sun, around 93 million miles. He said that a wide binary companion to the sun would need to be more than17 times further away from the sun that Neptune, the most distant planet.

Based on the model the sibling of the sun is more than likely to have escaped and then mixed with other stars in the Milky Way’s region and never seen again.

Scientists Ask How Many Stars Form With A Companion

Sarah Sadavoy, first author and NASA Hubble Fellow at the Smithsonian Astrophysical Observatory said that this is not the first time that the idea that stars form with a companion has been suggested. But one of the biggest questions is how many. She went on to say that based on a simple model they said that almost all stars do form with a companion. The Perseus cloud is thought to be a typical loss-mass star-forming region, but she said that their model would need to be checked in other clouds.

Stahler and Sadavoy posted what they had found in April and a paper is going to be published in the Royal Astronomical Society. Astronomers have been speculating about the binary and multiple star systems origins for hundreds of years and only in more recent years have they created computer simulations of masses of gas that collapse, to help them understand just how they condense under the gravity into stars. A simulation has also been made of young stars that have been freed from gas clouds. Several years ago a computer simulation was made by Pavel Kroupa at the University of Bonn and this led him to reach the conclusion that all of the stars are born as binaries. 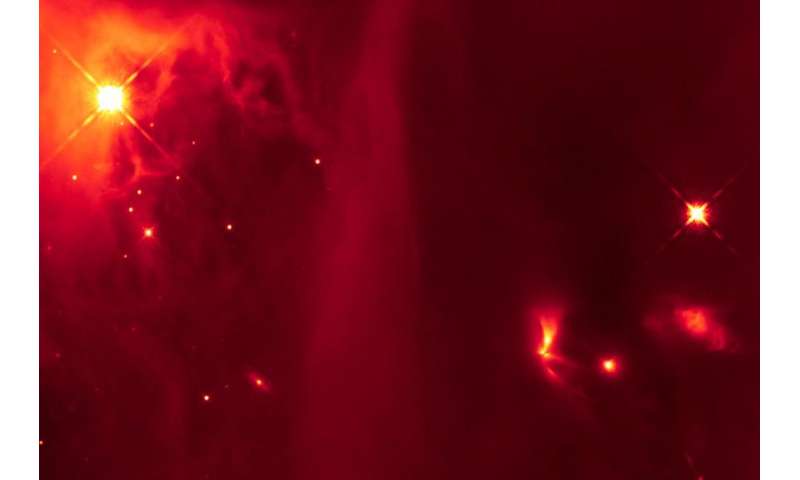 However, direct evidence from observations has been scarce and astronomers have looked at stars that are younger and younger and have found a large proportion of binaries, but they have no idea why. Stahler said that the key was that no one had looked in a systematic way at any relation between the young stars and the clouds that they had come from. He went on to say that their work had been a step forward towards understanding how binaries are able to form and the role that they had played during stellar evolution. Stahler said that they were now of the belief that most of the stars, which are similar to the Sun, form as binaries and admitted that they have the strongest evidence yet.

Radio Telescopes Can Be Used To Probe Clouds

Astronomers have known for decades that any star that is born in a cocoon that is egg shaped, which is called dense cores, and they are sprinkled through the large clouds of molecular cold hydrogen, which play nursery for the young stars. Using an optical telescope, the clouds do look like they are a hole in the starry sky due to the fact that the dust that accompanies the gas is blocking the light from the stars that form inside and those that form behind. Radio telescopes may be used to probe the clouds as the cold dust grains emit at the same radio wavelengths and the dust does not block the radio waves. 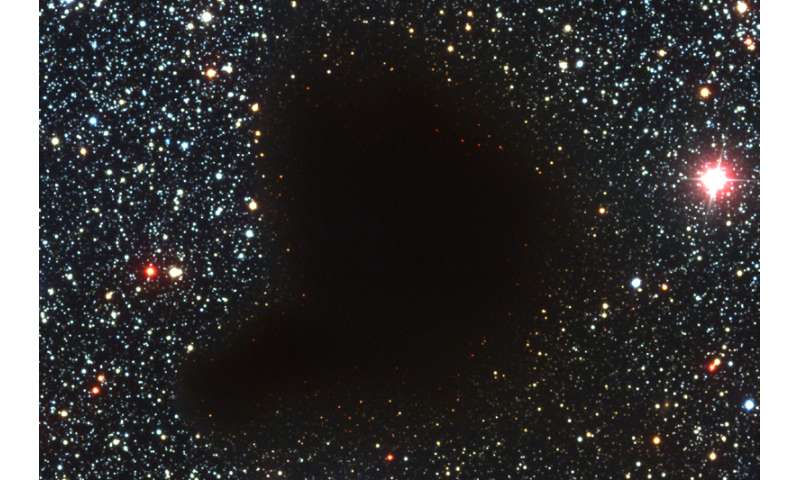 The Perseus molecular cloud is a stellar nursery and it is around 600 light-years away from the Earth and perhaps 50 light years long. A team of astronomers recently undertook a survey and made use of the Very Large Array, to take a look inside the cloud at the star formations. The survey had the name of VANDAM and it was the first survey to be completed of all of the young stars in the molecular cloud. This is stars that are less than 4 million years old and which include multiple and single stars, right down to separations of 15 astronomical units. It was able to capture multiple stars that had a separation of more than the radius of 19 AU, the orbit of Uranus, in the solar system.

The mathematically modeled scenarios of Stahler and Sadavoy explain the stars distribution, taking into account the typical formation, the breakup and orbital shrinking times. They reached the conclusion that the only way they are able to explain the observations was to assume that all of the masses of the stars around the sun begin as wide Class 0 binaries, in dense egg shaped cores, then some of them, around 60% split over time, with the remainder shrinking to make tight binaries.

Stahler went on to say that while the new data and the model are the first steps, more work has to be done to understand the physics. He also said that studies would come along soon thanks to the new capabilities of the VLA and ALMA telescopes in Chile, which have been upgraded. He also mentioned the SCUBA-2 survey in Hawaii and said that it is giving them the statistics along with data that is needed and it would change how scientists and astronomers understand dense cores and the stars that are embedded in them.