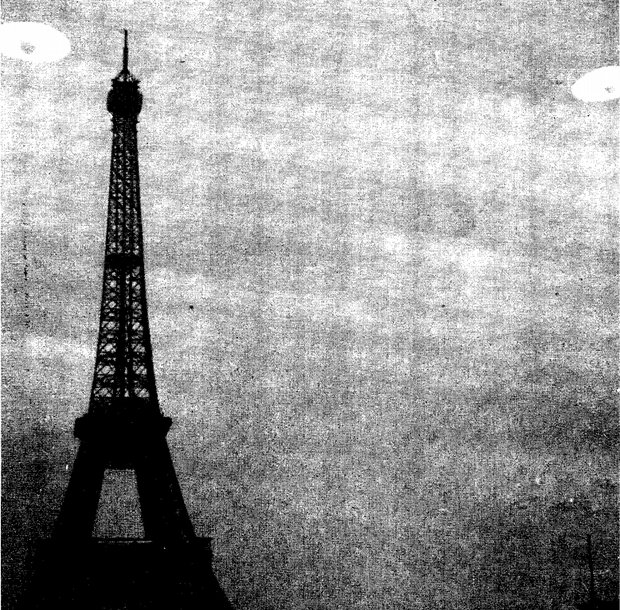 MYSTERY: The CIA did not release details of when the photo was taken or who took it

The CIA has released a mind-boggling image of what appears to be a UFO flying over the Eiffel Tower.

The black and white photo shows what looks like a flying saucer hovering over the famous landmark in Paris.

It is unclear who the photographer was, or even when the snap was taken, but the grainy photo will be heralded as a huge discovery for UFO-believers. 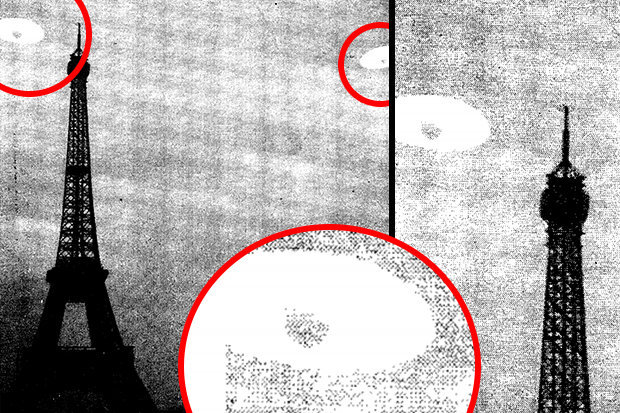 SHOCKING: The top secret snap was released in a recent spree of CIA ‘de-classifications’

The photo was revealed as part of a mass “de-classification” by the CIA.

A huge haul of documents were released – consisting of 800,000 files with 12 million pages

The CIA uploaded the trove of material following a battle against freedom of information campaigners and a lawsuit taken out against it.

The files include records of credible UFO sightings, controversial psychic experiments that were carried out and intelligence briefings.

Some of the most shocking documents include those about a top secret programme that was codenamed the “Stargate Project”.

They also contain spy-like instructions on formulas used to make “secret ink” and how to open sealed letters.