Britain’s World War 2 Prime Minister had a fascination with life on other planets and mused there could be aliens in our solar system.

Aliens were on his mind right up until the UK marched to war against Nazi Germany in 1939.

Churchill’s interest has been revealed after the discovery of an 11-page essay penned by the PM entitled “Are We Alone in the Universe?”. 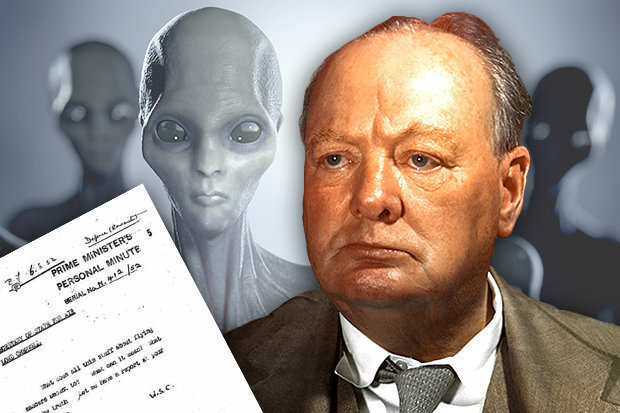 ALIENS: UFOs were one of Winston Churchill’s interests as he predicted life on Mars and Venus

“I am not prepared to think we are the only spot in this immense universe which contains living, thinking creatures”

The cigar-chomping politician muses in the newly discovered article about the possibility of life on Mars and Venus.

He makes scientific predictions nearly 50-years before their time as he theorises about life on other planets.

Churchill concluded that due to their distance from the sun, Mars and Venus were the only two places in the Solar System other than Earth that could conceivably harbour life.

His alien essay was never published and it ended up in the US National Churchill Museum in Fulton, Missouri, in the 1980s, where it remained undiscovered.

Scientists continue to probe life on Mars and Venus, and are also looking elsewhere in our solar system such as Jupiter’s moon of Europa. 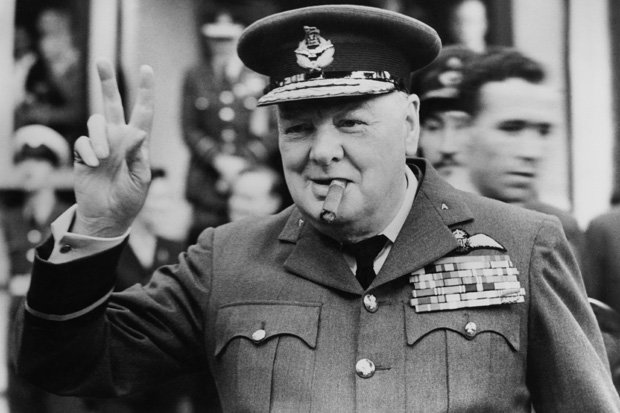 LIFE ON MARS: Aliens exist according to Winston Churchill

Churchill wrote: “I, for one, am not so immensely impressed by the success we are making of our civilization here that I am prepared to think we are the only spot in this immense universe which contains living, thinking creatures.”

He was the first prime minister to hire a science adviser, and in the 1920s and 30s wrote a number of popular science essays for newspapers and magazines on topics such as evolution and cells.

Churchill’s interest in UFOs went as far as ordering a secret probe into mysterious “airships” spotted menacing Britain during his time at the admiralty.

His newly discovered essay was looked through astrophysicist Mario Livio, who praised Churchill’s understanding of science.

Dr Livio added: “At a time when a number of today’s politicians shun science, I find it moving to recall a leader who engaged with it so profoundly.”