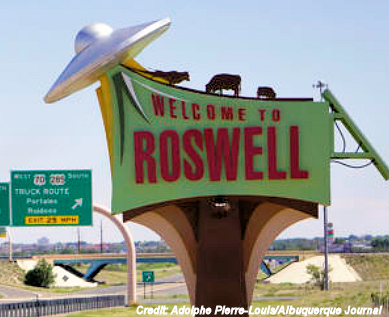 The sheriff called military officials at the Roswell Army Air Field, and Maj. Jesse Marcel, an intelligence officer, went out to investigate.

Within a day, the U.S. Army Air Force sent out a news release announcing it had found the remnants of a flying saucer. The Roswell Daily Record’s headline July 8, 1947, said it all: “RAAF Captures Flying Saucer On Ranch in Roswell Region.” The nation, swept up by a series of reports on unexplained discs in the skies, was transfixed by the possibility of visitors from outer space.

As Roswell began commemorating the 70th anniversary of the crash and celebrating the museum’s 25th year, about 15,000 visitors converged on the town late last week and throughout the weekend for the 22nd annual UFO Festival.