Archaeologists in eastern China have found 5,000-year-old skeletons of people experts say would have been unusually tall and strong.

According to the measurements of bones in the graves at the site in Shandong province, a number of the people would have measured at 1.8m or taller, with one man estimated to have been 1.9m, Xinhua news agency reported.

Although not particularly unusual by 21st-century Western standards, it is thought their height would have seen them tower over many of their contemporaries.

“This is just based on bone structure. If he was a living person, his height would certainly exceed 1.9m,” Fang Hui, head of Shandong University’s school of history and culture, told the agency.

Locals in Shandong see their height as a defining characteristic. A study conducted in 2015 found the average height of 18 men to be 1.753m, compared to the country’s national average of 1.72m.

Confucius, who was born in what is now the Shandong province, was reportedly 1.9m tall.

The excavation site in the village of Jiaojia, near Jinan City, has been found to hold 104 houses, 205 graves and 20 sacrificial pits. A number of colourful pots and jade articles were also recovered.

Archaeologists have been uncovering artefacts and bones from the late Neolithic people since last year, who are understood to have lived mostly off pigs and millet.

The people living in the region 5,000 years ago are believed to have had relatively comfortable lives; the rows of houses that have been excavated suggested their living quarters had separate bedrooms and kitchens, according to China Daily. 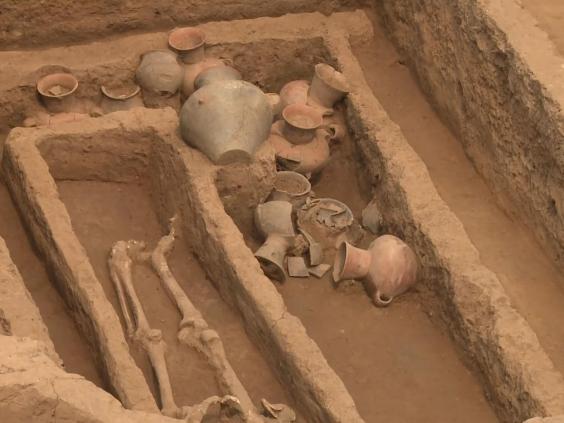 Colourful pots were also found in the graves (YouTube)

The area is also believed to have been the political, cultural and economic centre of the Chinese region.

Taller men were found buried in larger graves, which could be due to them having a higher status and having access to better food. 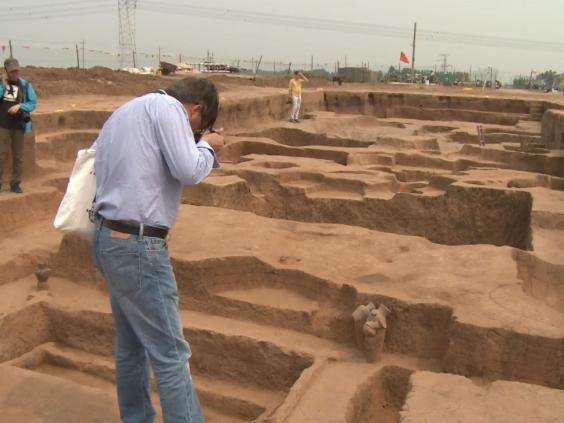