Garcia Doores was driving along Route 28 in Virginia in the USA on June 23 this year when something strange appeared in the sky causing Doores to stop and pull over. She then took some photographs of what seemed to be a tornado in the sky with an object that was shaped like a diamond next to it.

Tornado Seemed To Be Spawned From Diamond Shaped Object In Sky 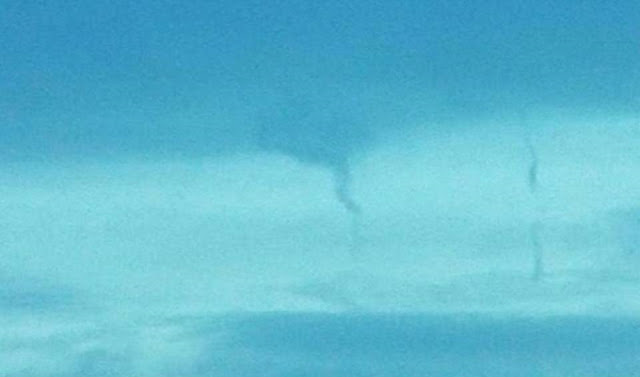 It would be very unusual for a cloud to take on the perfect shape of a diamond she said. As seen in the photographs it certainly does look like a perfect diamond shape. Other people have said the same thing and they have said that perhaps what she captured on the photo was a man-made object that was perhaps used for manipulating and altering the weather. 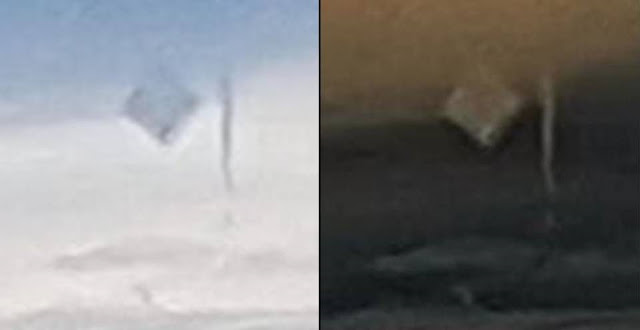 Other people have suggested that perhaps it is a weather weapon that has the ability to be able to make, steer and even trigger tornadoes, but why would someone want to do such a thing?

West Virginia seems to be a popular region for UFO reports. In January of this year in Parkersburg, a man was out and about looking at the stars with a new telescope and he took a break after trying to focus in on a different star. He then saw a black object that was diamond shaped which had three yellow lights that were static and the craft was moving slowly over the sky at about 9.30pm.

Many more sightings of strange objects in the sky have been reported in the West Virginia region, including in Buckhannon, Saint Albans, Clay County and Bluefield.