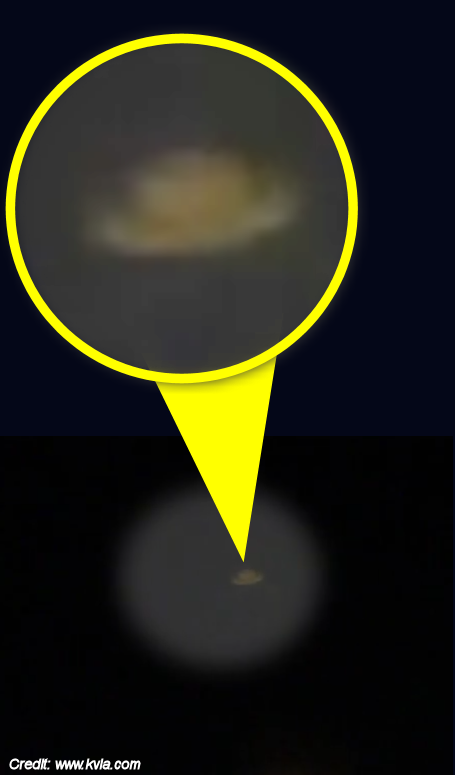 “I told my mom to drive and rolled down the window ’cause I wanted to get footage of where we were recording,” Ceniceros told ABC-7. “As we were going through the same place, I saw, like, a weird looking object.”

Ceniceros thought what he saw was a bird, so he didn’t care much for it. When he got home and uploaded his video, he realized it wasn’t a bird or an owl or anything like that.

“It was actually as UFO, as people might call it,” said Ceniceros, who was shooting a promo video for his screen-printing business.” I wasn’t expecting to find anything at all. I just wanted to get that footage to put in a promo video. But then I was analyzing the video … I just saw that object, and I didn’t know. I thought it was fake at first. I thought that the camera was malfunctioning. But no, it was actually like a UFO.”