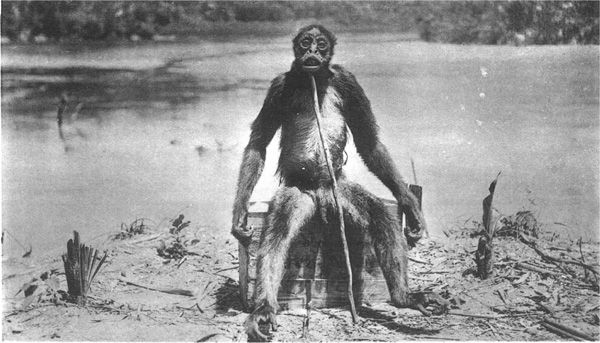 Casual crypto-thusiasts know of Sasquatch in the Pacific Northwest, Yeti in the Himalayas, and even Skunk Apes in the southern United States. But buried beneath 100 years of bubbling North American large-ape stories is one old photograph from the Venezuelan jungle. This one picture and accompanying story have provoked endless scrutiny. It was even considered by zoologists for inclusion in the animal kingdom. Behold, the strange episode of the Ameranthropoides loysi.

What is the De Loys’ Ape?

In 1920 geologist François De Loys lead a fatigued party through miles of a green inferno: the Venezuelan-Colombian jungle. Three years earlier the Swiss-French prospector began a journey with twenty men deep into the jungle to search for geologic evidence of oil deposits. At this point in their wildly unsuccessful journey, disease and fatal skirmishes with the native Motilone Indian tribe whittled the group by half. Though the petroleum treasure-explosion evaded him, De Loys was about to stumble upon arguably a much more important prize on the banks of the Tarra River that day.

As the troop rested near the water, two large shadows appeared suddenly in the tree line. These twin, five-foot screamers approached slowly, angrily shaking branches like vengeful jungle spirits. They were ape-like, but walked bipedally like humans. The odd, irritated monsters swung their torn branches like weapons and heaved their own feces at De Loys and the shocked men. Exhausted and terrified, the team fired their Winchester rifles at the more aggressive male creature. Their bullets missed, killing the female instead. The male fled into the trees, howling in agony, never to be seen again.

When the adrenaline slowed, De Loys propped the large creature’s corpse upon a crate, supported it’s head with a stick and snapped one single photograph. The creature stood approximately five feet tall, had no tail, and bore thirty-two teeth like a human (four short of your typical New World ape). De Loys collected the remains and continued the prospecting voyage. Unfortunately, in the remaining months, more deadly skirmishes with native tribes caused the body to be lost or left somewhere in the jungle. Other accounts suggest the skinned hide and skull of the creature disappeared into a river when De Loys capsized his boat. Some even report that the skull broke and corroded beyond scientific evaluation standards because it was used as a crude salt container. 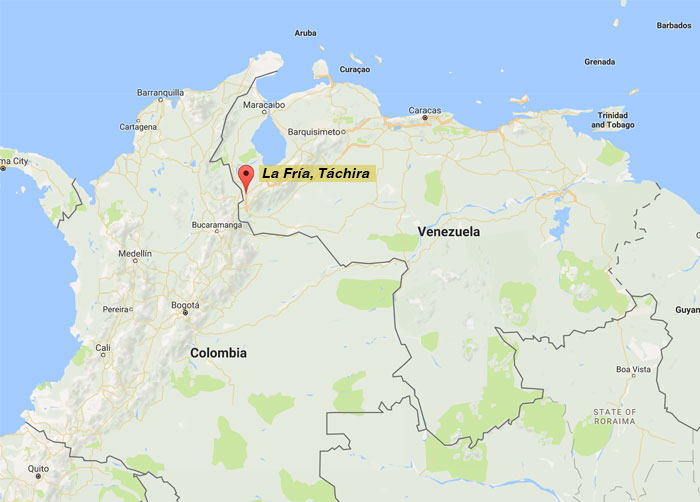 Location of the encounter

Aftermath of the encounter

De Loys kept the photo in a notebook and placed the memory of the bizarre experience in back of his mind. Years later, in 1929, anthropologist friend George Montandon came across the photograph while thumbing through De Loys’ travel journals. Excited by the bizarre creature, Montandan proclaimed this bipedal ape to be a significant anthropological discovery. He brought the photograph and compelling story to several scientific journals. Ameranthropoides loysi, as he named it, was officially born.

Holes in the story?

If valid, the tale of De Loys’ ape is truly amazing. But almost 100 years later, debate still stirs over this ‘discovery.’

The apes were encountered roughly ten miles west of La Fria, capitol of the region where De Loys searched for geologic indication of petroleum. This was not a full, four-year expedition ‘Indiana Jones-style’ deep into the jungle, as many believe. This was four years of abbreviated trips into the jungle from one home-base, presumably La Fria. De Loys claimed that “no fewer of his seventeen men had been killed by the arrows of native tribesmen” and that he was even shot in the thigh. Needless to say, they really wanted that oil.

So according to De Loys, his South American prospecting mission was extremely dangerous. He even stated that only a handful of men returned from the jungle alive. Why on earth would this expedition continue if men were routinely massacred? And why wouldn’t they simply return to La Fria to either bolster their party or abandon the mission after one fatality? One must also wonder why they didn’t begin their return after collecting the body. As an academic, De Loys must have realized the significance of the discovery. How can something so important be lost with such great ease and, if true, why would the skull be used as a container for anything, let alone salt?

Skeptics argue that Montandon alone wove the grand mythos behind the animal. Skeptics allege he used his friend’s exotic history in the Venezuelan jungle as the setting for this fake, incredible encounter. Many believe the crux of his fakery was that the existence of a human-like ape in South America would further his own, highly controversial, human evolution theory. Montandon proposed that white people evolved from Cro-Magnon, Africans evolved from gorillas, and Asians from orangutans. He suggested that the Ameranthropoides loysi was the great ape from which indigenous Native Americans evolved from. Inclusion of the De Loys’ ape completed his “grand races” theory across the continental board. 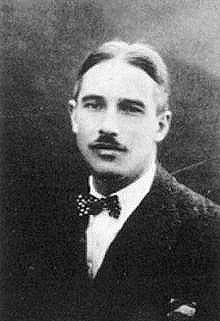 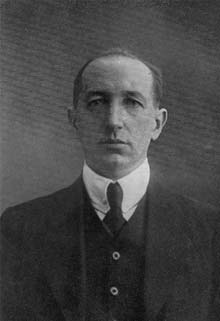 In 1962, Dr. Enrique Terega came upon a magazine article about the ape. As it turns out, Dr. Terega was in Venezuala working with De Loys at the time as a medic. He wrote to the magazine, The Universal, challenging the story. Apparently, in 1919, a spider monkey with an amputated tail was gifted to De Loys, a noted “practical joker.” While stationed together in the city of Mena Grande, this ‘Marimonda’ spider monkey died. De Loys then took the famous photograph with Dr. Terega in attendance.

Additionally, the stump of a banana tree appears to grow just to the right of the ape in the photograph. Bananas are not indigenous to South America. The likelihood that the photo was shot in Venezuela, as De Loys claimed, is reportedly slim.

Real or fake, what could the De Loys’ Ape be?

Most zoologists involved in the evaluation of De Loys’ ape suggest the cryptid is nothing more than a creatively mutilated spider monkey. Specifically, careful analysis points to the white-fronted spider monkey, as it features “nostrils pointing forward, vestigial thumbs, and a large, external clitoris.”

People throughout South America have reported peculiar, five foot tall apes with reddish hair and a human cry. These cryptids, known as Salvaje or “Mono Grande”, are typically considered native legend. They were said to “capture women, build huts and to occasionally eat human flesh.” A 1553 journal entry by explorer Pedro Cieza de León describes second-hand observations of the Mono Grande, including discovery of a large carcass. More recently, three were observed by a hunter in 1980, and one only five years later twenty miles from that spot.

Perhaps the most intriguing theory to explain the De Loys’ ape is from author Gian Quasar, who sees the cryptid as not only authentic, but the most practical explanation for sightings of large, bipedal apes (Bigfoot/Sasquatch) in North America. According to Quasar, the ape fits perfectly into Native American description of the D’sonoqua via totems, paintings, and masks:

“The ocular area of the masks, confirms the D’sonoqua are the [de Loy’s apes]. The unique ocular boney ridge, exclusive to the spider monkey and the Ameranthopoides loysi, is perfectly reproduced on the mask.”

He believes that De Loys encountered these apes before or during a migration to the Pacific northwest. Quasar suggests that widespread great ape encounters in the United States are due to flared migration paths of the creature:
“It is equally possible that some could travel along the Sierra Madres through New Mexico, Texas, and eventually along the Rockies until also arriving in Canada or branching off into other parts of the United States.” 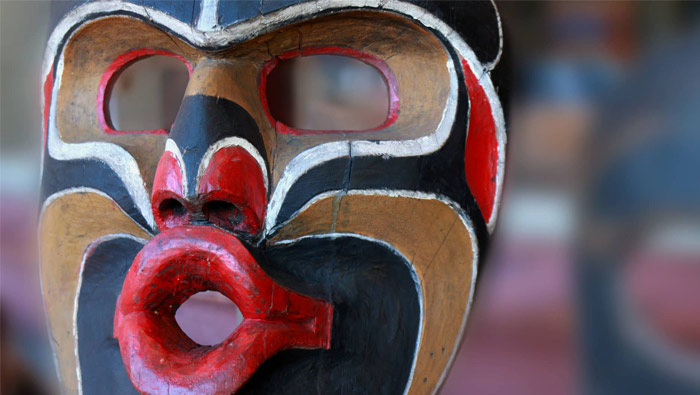 Both sides of the crate

Now approaching 100 years of the De Loys’ ape, both sides remain split. Apparently, the details enveloping a truly successful hoax shall remain as vague… or as truly convoluted as possible. But, the encounter itself is particularly compelling, and paired with the amazing photograph continues to bolster a deep faith that the entire experience was genuine. If the ape was fake, then it was likely nothing more than anthropologist’s home-run swing to secure a place in the evolutionary history books. But if real, we have a whole new continent to consider when discussing cryptid primates.