A British photojournalist named Ed Gold has begun to exhibit the fascinating and beautiful photographs he has taken of an Alaskan family who has been living off the grid for more than a decade at Colchester’s Firstisite gallery in England.

David and Romney, a married couple, decided to teach themselves basic survival skills and move into a remote cabin in the wilderness of the frosty US state of Alaska back in 1999. They have been living off the grid and out in the elements for the past eighteen years along with their thirteen-year-old son and their dog. During the time that they have been out in the wilderness, the family has had to teach themselves how to live entirely off their wits and the land without any assistance from modern technology. In the past eighteen years, they have faced many challenges including bears, wolves, forest fires, thin ice, sickness, and of course, the terrifying low temperatures that can beset Alaska.

For the vast majority of the time, the small family lives in complete isolation. They are the only people within a 250 mile stretch of the icy cold Nowitna River. It is this isolation that David claims have had the biggest effect on the characters of himself and his family. “People want to know what 18 years of isolation does to you, ” he said, “It changes you. You have time to have more than two thoughts on any one subject. We spend months talking about one subject because we have time to.” 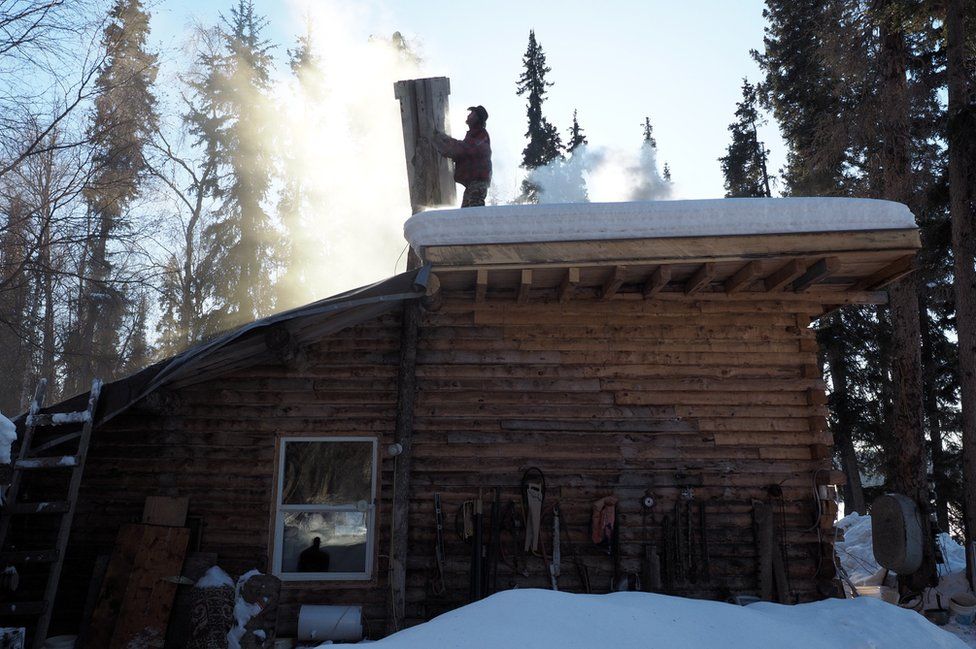 The family is not completely isolated all of the time. David sometimes goes to work in a gold mine which is located approximately 100 miles away from the family cabin. In addition to that, the family also sometimes travel down south to visit their family in Alabama. But according to David, this fleeting human contact has not inspired the family to move back onto the grid. He claims that they simply do not miss people because they are “too much work.”