In 2001 a crop circle, which was called one of the most enigmatic, appeared in a crop field close to one of the biggest telescopes in the UK, the Chilbolton Observatory.

The crop circle was at the time said to be among the most impressive, not to mention the most important, to have ever appeared on Earth. Many UDO researchers said that it was a crop circle that was unlike others as it had a message that came from space.

Ufologists And Experts Have Studied Crop Circles For Many Years

Crop circles are something that the general public has been fascinated about for many decades. Ufologists and experts have been studying them for many years and the phenomenon has been said to have been associated with UFOs. Many ufologists have said that they are made by aliens. Other people have been more sceptical and they have said that crop circles are nothing more than elaborate hoaxes carried out by people who want others to believe in aliens.

Crop circles are generally seen in crop fields around the world and this is where they get their name from. The term first came up in 1991 by Doug Bower and Dave Chorley. They said that there have been more than 200 crop circles since1978 and circles took inspiration from a formation that appeared in Queensland when a farmer found it after he saw a UFO fly over the region. Ever since crop circles have been associated with UFOs and they have been bombarded by the critics.

Ball Lighting Has Been Associated With Crop Circles

There is no doubt that crop circles have been a subject that is very much debated and they have been ever since the 70s. However, while crop circles were only brought to attention during the 70s they were instances reported dating back to 1678. The first recording sighting was August 22, 1678, and this was when a pamphlet was published with the title of The Mowing-Devil or Strange News from Hertfordshire. The pamphlet showed a demon creature making a large circle in a field and this is thought to have been the first crop circle. 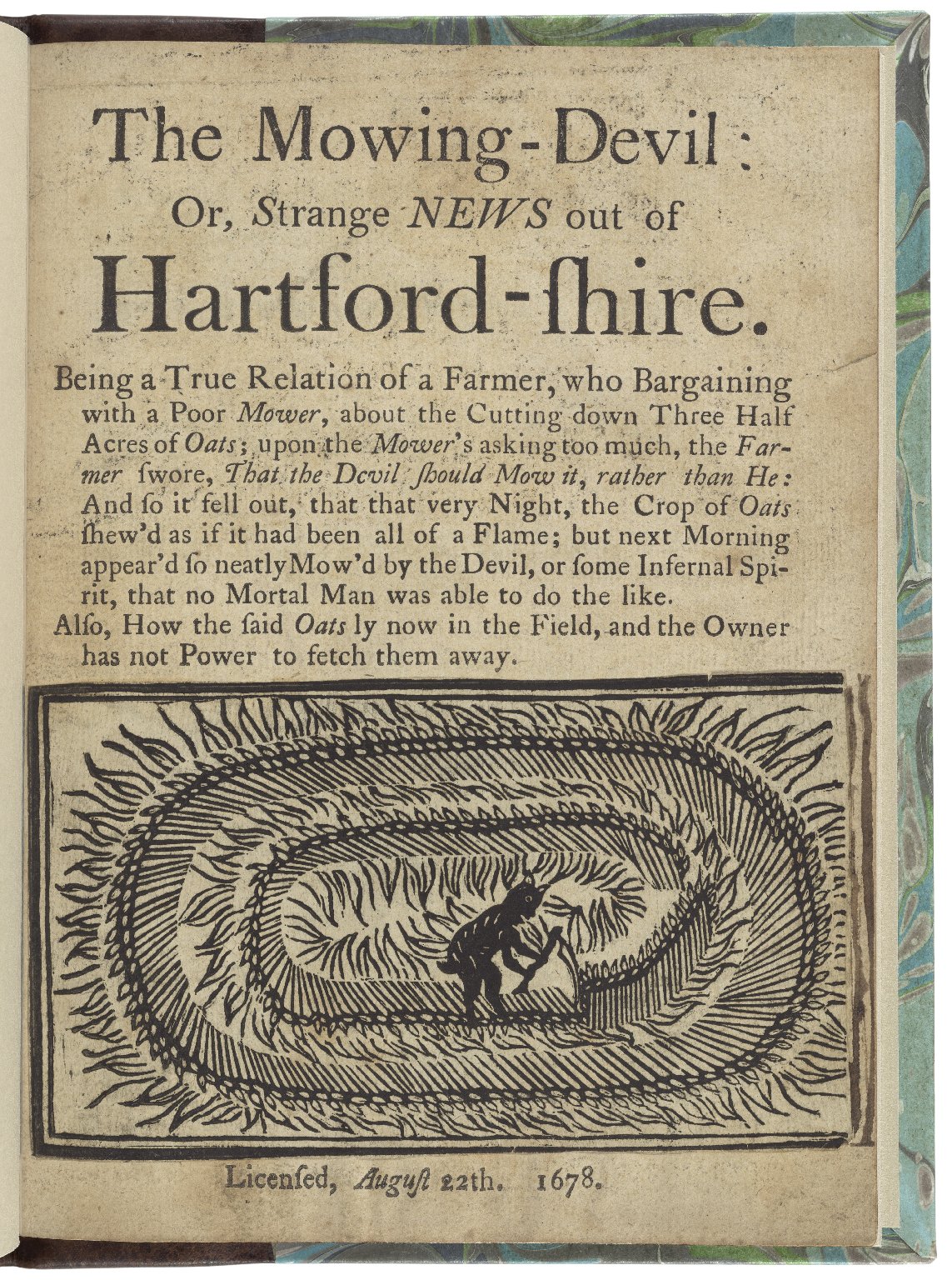 Jim Schnabel, a researcher, has other ideas as the text seems to describe the stems of the corn having been cut instead of bent.

Robert Plot also gave reports of circular forms being seen on fungi in 1686 and these would later be blamed on air currents. In 1880 John Rand Capron talked about circular shapes that were seen in a field following a storm. While these may have been some of the first forms of the crop circle, they have changed dramatically over the years.

The messages in the fields of corn always seen to appear overnight, with only a few being reported to have made an appearance during the day. Over the years the crop circle phenomenon has evolved and it has got to the point where it is not difficult to judge whether the crop circles have been made by man or something else.

Crop circles today are bigger and some of the formations are over 200 meters in diameter. Some have designs that are very complex and more like cosmic mandalas than shapes in a field of corn. Many of them are made with a geometrical precision that is impressive, with knowledge of allusions and fractals, to studying quantum mechanics.

People who have been able to study the phenomenon and who have done so with an open mind think that the crop circles have characteristics that are unique and which cannot be explained away rationally. Often farmers have reported seeing light orbs or flashes of light before their crops being turned into crop circles.

Academic, historian and author Richard Dolan is one of the leading UFO researchers in the world and he said that some of the circles are so big and complex that they seem to defy reason. He said that after many decade’s none of the people who are said to be behind them has been caught making any of the formations that can only be described as being extraordinary. But does the video below prove that crop circles are alien or man-made?