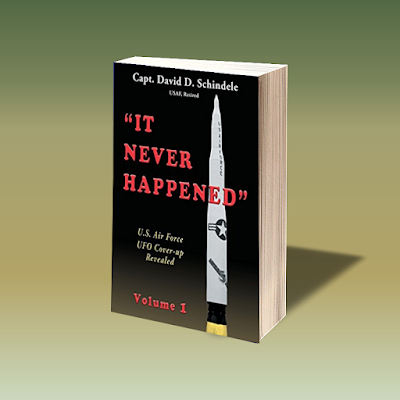 he experienced a situation in which a flying object took down all 10 of the nuclear-tipped missiles he was responsible for, causing them to be unlaunchable. That was 50 years ago.

Air Force officials instructed Schindele never to speak about the incident and as far as he was concerned, it never happened. Schindele was at a launch control facility near Mohall when the incident occurred.

is the title of Schindele’s new book about the Air Force’s cover-up of the UFO (unidentified flying objects).