And the shocked bystanders caught it all on camera.

In astonishing footage – available above – an aeroplane sails through the sky on its journey.

But suddenly a mystery white object appears above it and follows its trail.

The UFO reaches level with the plane and continues to cruise alongside it before they both disappear behind some trees. 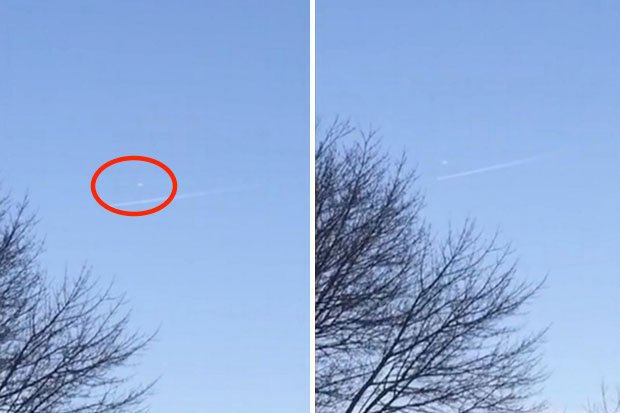 FOLLOWING: The UFO flies side by side with a passenger jet

The incident happened in Lincoln, New Hampshire in the US and the bemused resident who captured it was both “excited and anxious” by what they saw.

The person told Mutual UFO Network: “I am told that military pilots train in the mountains around where I live and I’ve always enjoyed seeing them fly through.

“This happens all the time. Jets and helicopters are a common sighting. So I naturally saw the jet and did a double take, because there was something following it.”

And they were quick to dismiss ideas that identified it as a normal air vessel, adding: “I knew it wasn’t a jet because it was actually right behind one.

“The jet it was chasing left a long contrail behind it, but the UFO did not. The UFO was gaining on the jet. 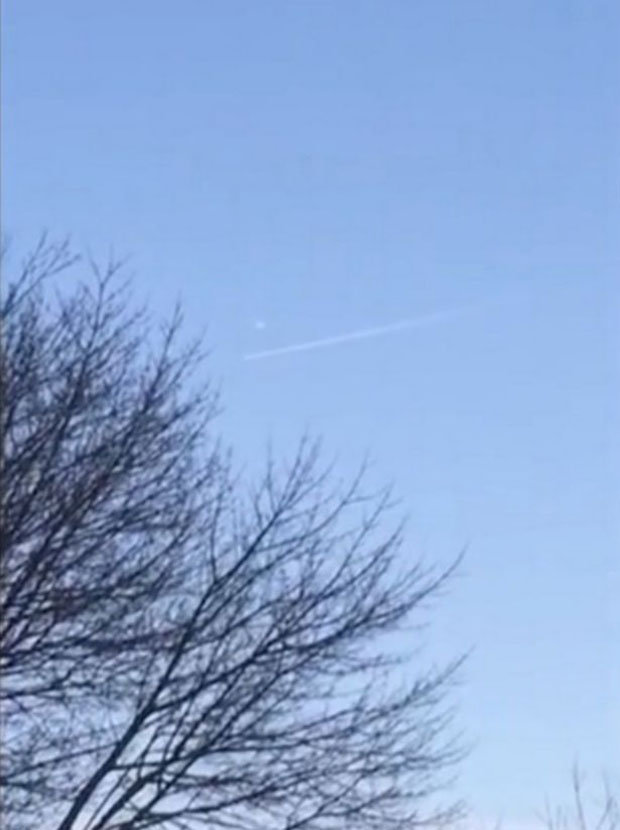 UNREAL: The UFO appears to follow the plane behind trees

“No helicopter could do that. I was blown away and luckily got out my phone in time to take a video. I watched the object gaining on the jet for about 10 seconds when I lost them in the trees.”

The sighting occurred on April 21 2016 and has only been uploaded now after the witness decided they wanted answers.

The person added: “I would like to show the video to an aviation expert and maybe get an explanation.”

This comes just days after a UFO was spotted flying over a volcano in Mexico.