James Ward, 22, a full time carer from Lake, Isle of Wight, was left dumbstruck after spotting the objects in the sky on January 2.

He said they “looked as though they were communicating with each other” as he filmed them from his car.

While sitting in his vehicle, James searched the local radar to see if he could explain the object.

Clambering for his phone, James recorded the “sci-fi” scene playing out in front of his eyes.

In the video footage lasting just over six minutes, a small UFO appears to be making contact with a larger mothership.

James said: “I couldn’t believe my eyes. I didn’t know what the hell it was. It was there in the sky and I swore out loud. I’ve never seen anything like it at all.

SPACEY: The man was sitting in his car trying to avoid watching EastEnders with his partner

“I sat there amazed and had to film it. There’s no way it was a plane or helicopter. It was a UFO I’m certain of it.”

James tells how, from the safety of his car, he watched as the two ships seemed to make contact with each other while suspended in the air. (already know he’s in a car)

“A blot of blue light on camera set the whole sky ablaze,” he added. 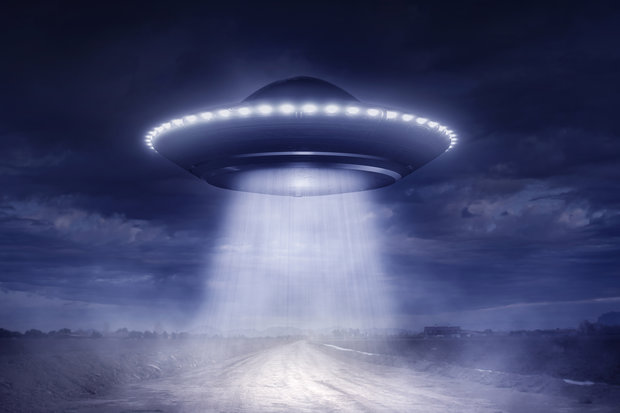 “It looked like the smaller UFO was contacting the mothership.

“There was a green flash from the small ship that went to the large ship. It was so strange.

“It didn’t make me feel nervous, but was spectacular. I feel privileged to have seen it and get footage.

“My wife was in the house blissfully unaware of what was happening.

“I’m a full time carer to her and often come out for some time to myself, watching the sky.

“I was just sat in the car like I am many nights while my wife watches her soaps. This was far more entertaining than EastEnders.”