The object was seen cruising through a mountainous region of France during a horrendous thunderstorm.

In freaky footage – filmed by passing tourists on Monday (January 16) – a sharp bolt of lightning strikes from dark clouds as onlookers scream in shock.

Ear-splitting thunder then rumbles across the valleys as the distant object smokes and begins to spiral towards the ground.

A shocked woman off camera can be heard shouting: “Oh my gosh!” 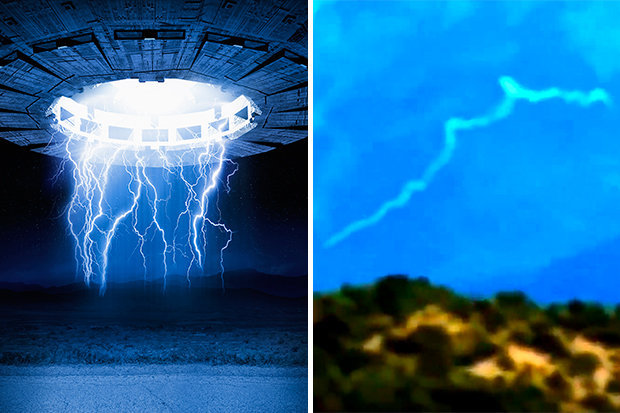 STRUCK: The UFO gets hit by a sharp bolt of lightning over French mountains

The clip was uploaded to YouTube by UFO Today and sparked terrified reactions from viewers.

One wrote: “So crazy they did not find the wreckage.”

Another added: “The aliens are here!”

And a third commented: “Not saying it’s fake but it could easily be done with editing software.” 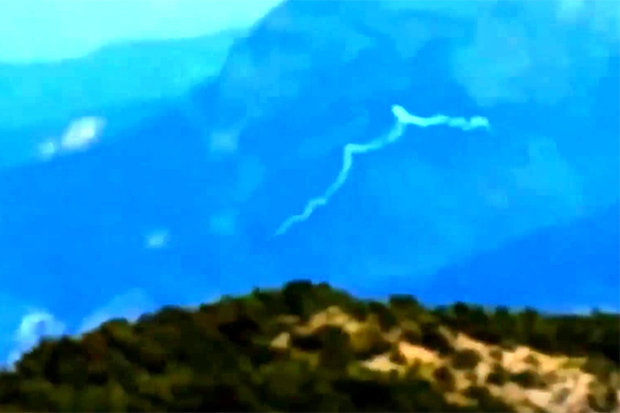 SPOOKY: The UFO smokes and spirals out of control after being hit by lightning

A so-called UFO expert claims to have studied the trajectory of the lightning bolt – disproving theories that the object could have been a bird or drone.

No wreckage could be found after the strike.

A shocking amount of extra-terrestrial news has hit headlines this week with a woman claiming that aliens took her eggs “to create human hybrids” while a UFO was spotted hovering over Manchester.

NASA were also accused of covering up evidence of intergalactic species when an astronaut appeared to block a live feed as a UFO flew past.