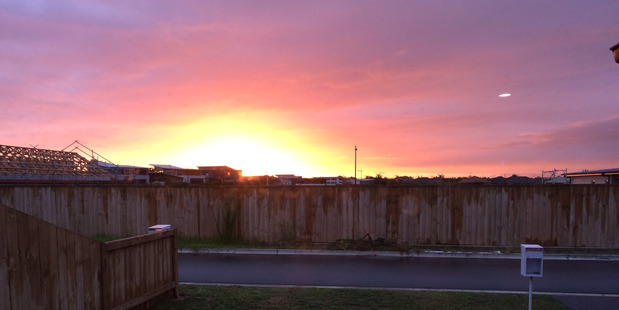 Video will play in

Is it a Martian?

Two photos sent to the Bay of Plenty Times amid reports of mysterious lights over Tauranga show the effects of lens flare, according to a professional photographer.

But a third image cannot be so easily explained.

Nearly a dozen reports of unexplained lights have been recorded since two were seen from Papamoa and Omanu on Thursday night.

Among them are four emails from people who sent photos and a video of mysterious lights.

The first photo is understood to have been taken near Tokoroa, although details are sketchy.

The second photo was taken between 8.30pm and 9pm on Sunday by a motorist who was driving near Mt Ngongotaha.

The third and most interesting photo was shot by Kevin Ash at Papamoa on February 19.

Mr Ash said he photographed the sunrise at 6.50am and noticed a white light in the frame when he examined it later.

Bay of Plenty Times photographer George Novak ran all three photos through software and said lights in the first two could be explained by lens flare.

He could see no evidence of solid objects existing behind the lights, found that both had coloured fringes typical of flare, and said that one had a secondary bright light in front of a foreground object which suggested it was an optical effect.

“The lens is constructed from different elements and when you point it close to the sun the light bounces around those elements and causes flare,” he said.

However, Mr Novak was puzzled by the third photo. It had sharp edges, an unusual shape and properties that differed from signs of a flare in other parts of the image.

“It could be a reflection from an aircraft,” he said. “But in my opinion, that’s not lens flare.”

Among other reports was one from a 12-year-old boy from Waiotahe Drifts Boulevard in Opotiki, who said he was outside with his dad sometime in January when he looked up to the stars and saw a bright orange light.

“I stared at it for a while until I ran upstairs to look at it through my telescope, but when I got upstairs on to the deck it was gone,” he said.

Theories about the source of the lights include Chinese lanterns, the International Space Station and a disintegrating Russian satellite.

John Cuttance from Blenheim sent a video that appears to show two lights “dancing” in the sky. He said it was shot at 8.22pm on April 10.

“I went around the back of the house for a leak and seen this bright red light in the sky,” he said.

“I ran inside, grabbed my glasses and told my partner to come look.

“It went from one side of the sky to another in under 30 seconds, was bright red, larger than any stars, didn’t have a tail on it or flashing – just stayed the same bright red all the way across the sky.

“I took a zoomed-in photo on my iPhone and a short video.

“I looked on a flight tracker website. There were no planes in the area at all, and none travelling the same way.”

– Check out the video on the website version of this story.