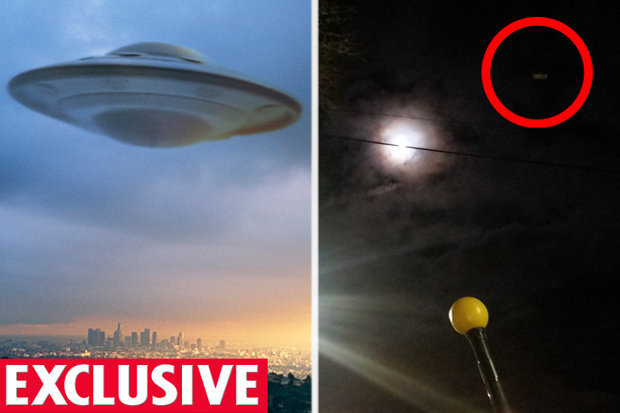 ALIENS: A UFO was seen hovering over Sale Moor in Manchester

The strange object was seen hovering over Sale Moor next to a shining full moon.

Spookily it hung in the air for five minutes as shocked onlookers took pictures of the green alien shape.

Watchers were left flabbergasted when the shape then totally vanished within the blink of an eye.

Ben Carlin, 35, was the first to spotted the unidentified flying object after popping out to the local shop to get some milk.

The father-of-three spied the craft while looking at the moon and grabbed his phone and started taking pictures of the bizarre shape.

He then caught the attention of another passer-by, and the two men watched until it finally disappeared. 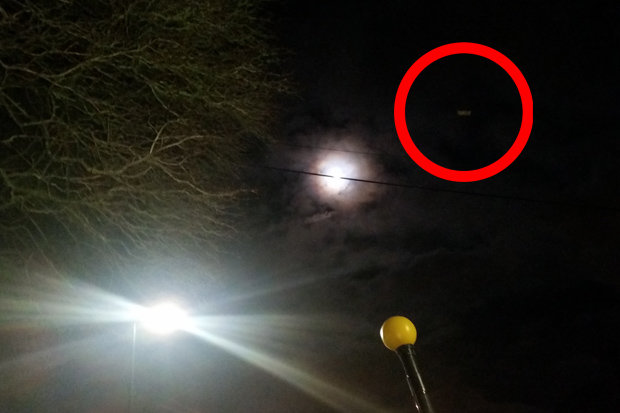 UFO: The shape hovered for five minutes near the moon before disappearing 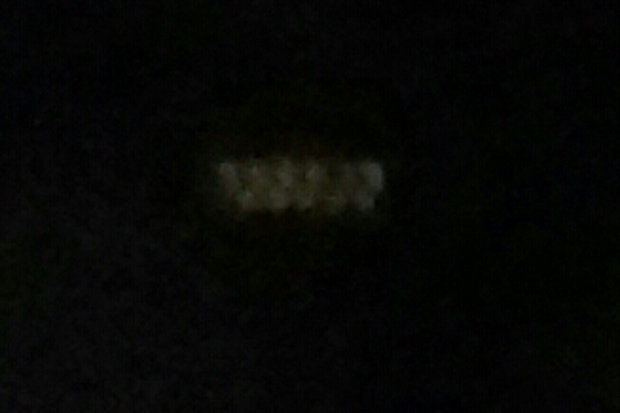 CAMERA PHONES: Ben Carlin says there is ‘no explanation’ for the strange hovering shape

Mr Carlin said: “I honestly couldn’t tell you what it was. It was odd and strange and just unexplainable.

“There was a really eerie feeling in the air and it was deadly silent. No noise, wind or weather.

“It was like it was looking down and watching the world, before it just vanished.

“My eyes were fixed on it and then in the blink of an eye, it went.”

He added: “It’s been constantly on my mind ever since. I was only popping to my local shop for some milk, and I look at the sky regularly, but never have I seen anything like that.

“There is just no explanation. I know what I saw.

“It’s a big old universe out there and something was watching us.”