The stargazer films the weird phenomenon in the sky as her dog cannot stop barking.

He growls at the hovering orb as if frightened.

Is the canine protecting his owners? 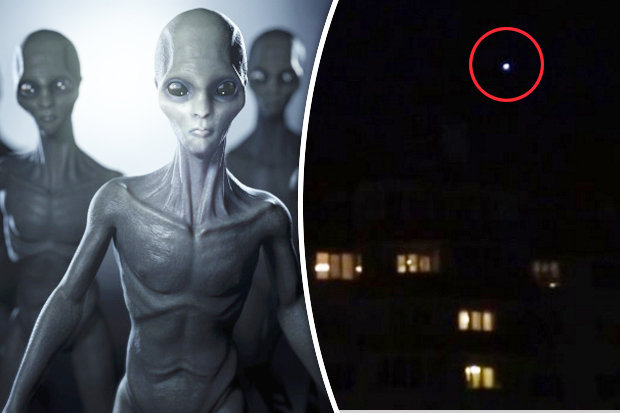 ALIENS: A weird circle of light in the sky has baffled stargazers

The film was taken in the city of Ryazan in western Russia’s Ryazan Oblast.

Footage shows the orb above blocks of flats as the baffled family look on. 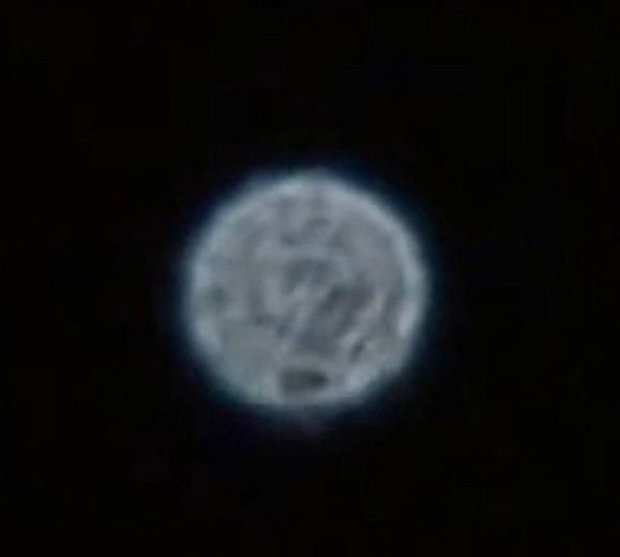 WEIRD: The orb UFO appears to be textured like a spaceship

She zooms in and out to reveal a weird circular light with structures visible on it like a spacecraft.

As something seems to be moving on the surface of the unidentified object, she is heard saying in Russian: “And there is also a strip moving on it, a grey one.

The video has gone viral online but people are baffled as to what it is.

Some people believe is may be ball lightning, which is an atmospheric phenomenon that produces luminous spheres.

However, they are much smaller than the one in the video, ranging from pea size to a few metres in diameter, and only last a few seconds before disappearing or exploding.

“There is also a strip moving on it, a grey one”

There have been some crazy UFO sightings recently.

One was seen “sucking water from the ocean” in terrifying footage.

While a bloke claimed Google Earth has evidence of aliens abducting him.