But one document in particular has sparked claims there is life outside our own planet – arguably the most discussed conspiracy theory in history.

While journalists and researchers sifted through almost a MILLION papers dumped online by the agency, the eagle-eyed spotted one intriguing find. 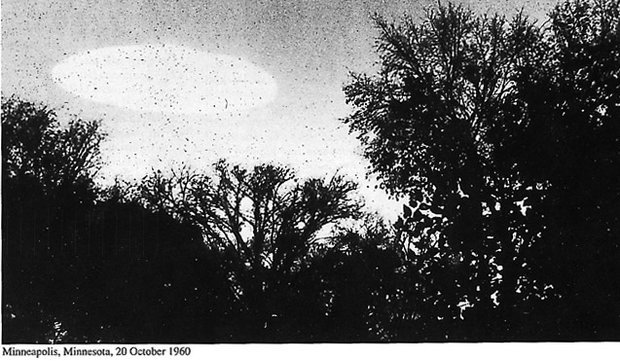 TOP SECRET: This was released showing a bright saucer flying over Minnesota 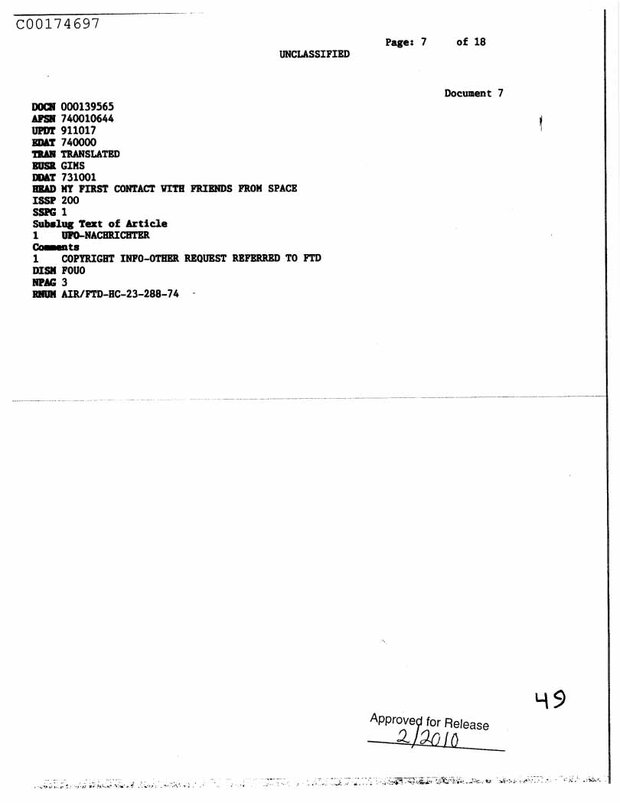 CLASSIFIED: This document was released by the CIA, suggesting contact with ETs

The mysterious document is titled My First Contact with Friends from Space, with a subtext called UFO Nachricheter – which translates to UFO Messenger in German.

Only one sheet of the 18-page document exists but it states it was published on October 1, 1973.

However, it appears this is the only page available and little is known about the document’s backstory.

The emergence of the document has generated interest among online conspiracists. 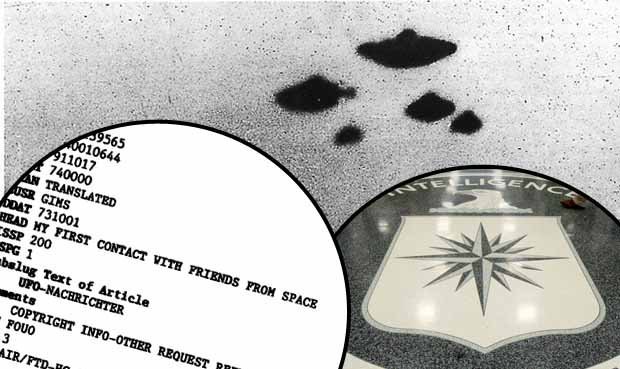 MASSIVE: Does this CIA document prove contact with aliens?

It included clear photos of what appear to be flying sauces from investigations in the 1940s and 50s.

One of the images found in the latest file release includes what appears to be a UFO flying over the Eiffel Tower.